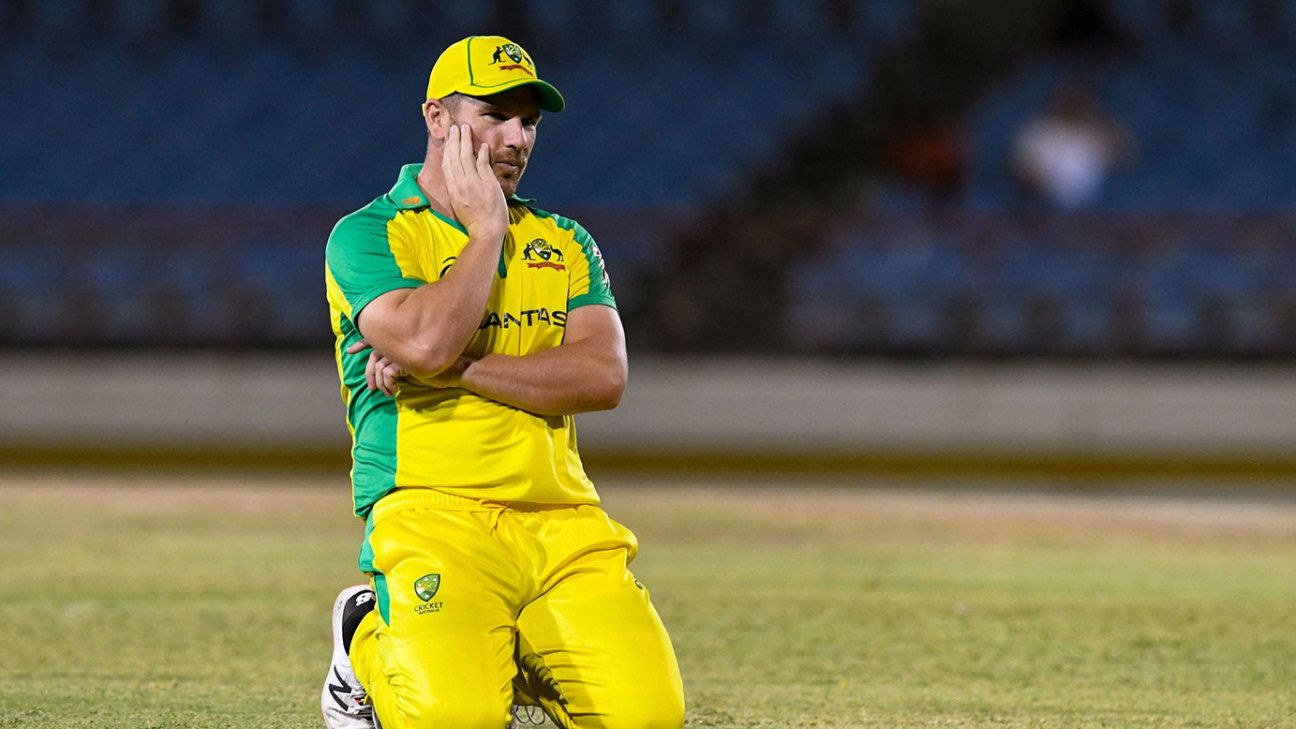 Australia’s limited-overs captain Aaron Finch has undergone knee surgery with the recovery expected to take eight to 10 weeks as he aims to be fit for the T20 World Cup.

Finch missed the recent Bangladesh tour having suffered cartilage damage ahead of the series in West Indies. He managed to play the five T20Is in the Caribbean but aggravated the injury in the final game.

Having completed his mandatory two-week quarantine upon returning to Melbourne, Finch had the operation on Thursday with a Cricket Australia statement saying it was successful.

“His recovery is expected to take 8-10 weeks meaning he should be available for the opening games of the World Cup in mid-October,” the statement added.

The longer end of that timescale will push things tight for Finch with Australia’s involvement in the tournament due to begin in the final week of October. It is expected that tentative plans for warm-up matches against Afghanistan and West Indies will be cancelled due to logistical challenges with some players returning from the IPL which will be also be staged in the UAE ahead of the World Cup.

Finch was one of eight potential first-choice players Australia were missing in Bangladesh where they were beaten 4-1 (the same margin they suffered in West Indies) including being bowled out for their lowest T20I total of 62 in the last match. If fit, Finch will be expected to open alongside David Warner at the World Cup.

In Finch’s absence, Matthew Wade captained the side in Bangladesh where, like many of the batters, he had a lean time. Pat Cummins, the official Australia vice-captain, will be part of the World Cup squad.

Australia have lost their last five T20I series, against England, India, New Zealand, West Indies and Bangladesh, having previously climbed to No. 1 in the rankings.

Their planning has been disrupted by the impact of the Covid-19 pandemic on player availability but the results have also raised questions about the depth available especially in the batting.

They have never won the T20 World Cup with their best performance being a runners-up finish in 2010 when they lost the final against England in Barbados.