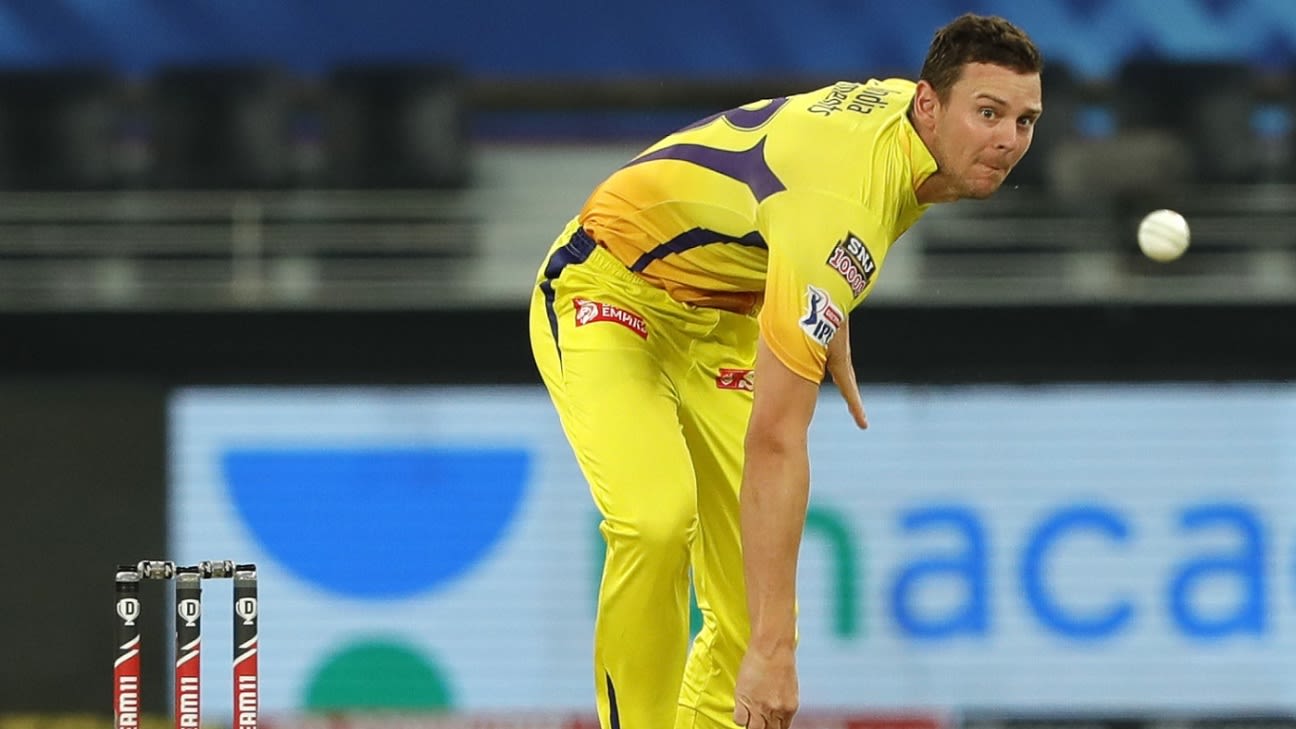 Australian players get the go-ahead for IPL 2021 return

Cricket Australia has confirmed that players holding IPL deals will be able to rejoin their franchises for the resumption of the competition next month with the aim of using it as preparation for the T20 World Cup.

A significant number of the 20 Australians with IPL contracts are expected to return although that won’t include Pat Cummins due to the birth of his first child. Steven Smith‘s availability will depend on his recovery from an elbow injury which kept him out of the recent tours of West Indies and Bangladesh.
It was confirmed on Saturday that franchises will be able to call on players who had previously withdrawn from the tournament when it began in India if they make themselves available. That could, therefore, mean Josh Hazlewood (Chennai Super Kings), Mitchell Marsh (Sunrisers Hyderabad), and Josh Philippe (Royal Challengers Bangalore) are back in the fold.
Glenn Maxwell, Marcus Stoinis, Jhye Richardson, Kane Richardson and Daniel Sams made themselves unavailable for the recent Australia tours due to bubble fatigue, having been part of the contingent of Australians who had to travel home via the Maldives due to border closures when the IPL was suspended in May.
Not all the Australian players with IPL clubs will make the T20 World Cup squad but Ricky Ponting, the Delhi Capitals head coach, said on Saturday he believed it was the ideal lead-in.

“There’s no doubt it’s their best preparation, in those exact conditions playing probably the strongest domestic T20 tournament in the world,” he told SEN radio.

An ODI series against Afghanistan, which had been planned to be squeezed in prior to the World Cup, has been postponed due to the complexities around travel arrangements and difficulty in finding a suitable location. It had initially been set to take place in India with Sri Lanka than another possibility.

However, the Afghanistan Cricket Board (ACB) will continue to assess the possibility of hosting a tri-series with Australia and West Indies as a warm-up to the World Cup.

Finding a gap in the schedule for warm-up matches will be a challenge although there may be a small window for teams going straight into the Super 12 stage after the IPL final on October 16 with the first round of the T20 World Cup set to take place in Oman.

The IPL will also clash with the scheduled start of the Australian domestic season although there remains uncertainty over whether that will begin on time due to the Covid-19 situation in the country.

Players at the IPL also missed the first part of the last domestic season with the entire tournament played in between late September and early November.