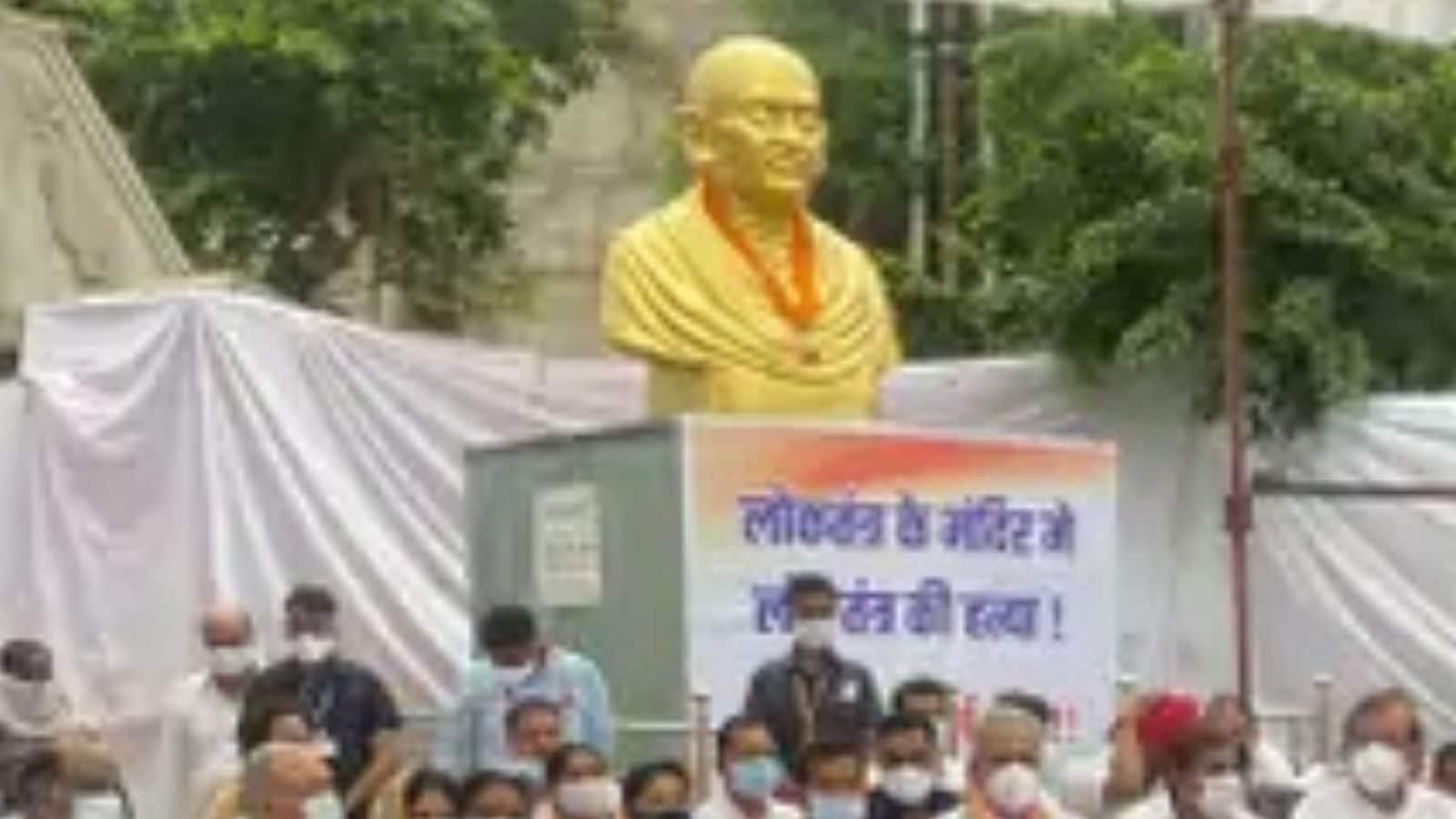 Chattisgarh Ministers and Congress officials, including Chief Minister Bhupesh Baghel, on a silent dharna under the statue of Mahatma Gandhi. The Congress is irked by the ruckus in the Rajya Sabha after the Insurance Bill and a scuffle with the MPs from the marshals.

Alleging assault on women MPs of Chhattisgarh, Congress today staged a silent protest at Gandhi Maidan in Raipur. In the midst of rain, CM Baghel himself sat on a silent dharna for an entire hour, during which Minister Ravindra Choubey accused the BJP government of hooliganism.

Slogans on women MPs being beaten up, tribal women not bearing insults were raised. Inaugurating the protest, the state’s Agriculture and Water Resources Minister Ravindra Choubey said, “BJP at the center is doing rowdyism. The BJP has murdered democracy by misbehaving with the women MPs of Chhattisgarh Congress. Chhattisgarh Congress will not tolerate this.”

Meanwhile on Wednesday, State President of Mahila Congress and Rajya Sabha MP Phoolodevi Netam wept while telling the incident of assault and scuffle with her yesterday.

MP Chhaya Verma also had shed tears and, along with Netam, said that the BJP government conspired the incident of misbehaviour with the MPs of the opposition.