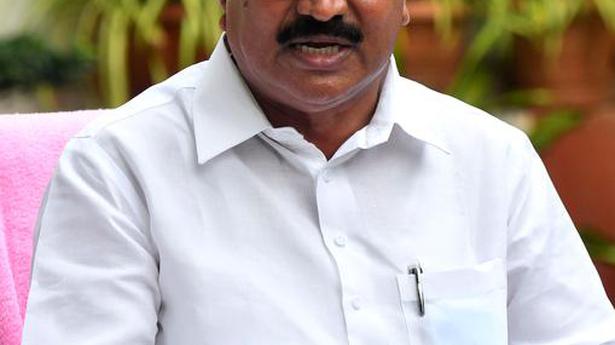 Crop loan waiver up to ₹50k to be effected from today

The amount for crop loan waiver up to ₹50,000 per farmer, as part of the waiver announced as a pre-poll promise in 2018, would be transferred into their bank accounts from Monday, Minister for Agriculture S. Niranjan Reddy said here on Sunday.

The process would go on till the month-end.

A trial run on the process was carried out on Sunday so that it could be hassle-free and there are no hurdles in the transfer of the amount directly to the bank accounts of farmers as was being done in case of transfer of the investment support amount at the rate of ₹5,000 per acre every crop season under the Rythu Bandhu scheme, the Minister stated.

The Minister stated that as part of the loan waiver announced in 2014, an amount of ₹16,144.1 crore was cleared between 2014 and 2018. The Minister reiterated that the government is committed to encourage the farming community towards change in the cropping pattern to suit the market demands as also to improve their income.