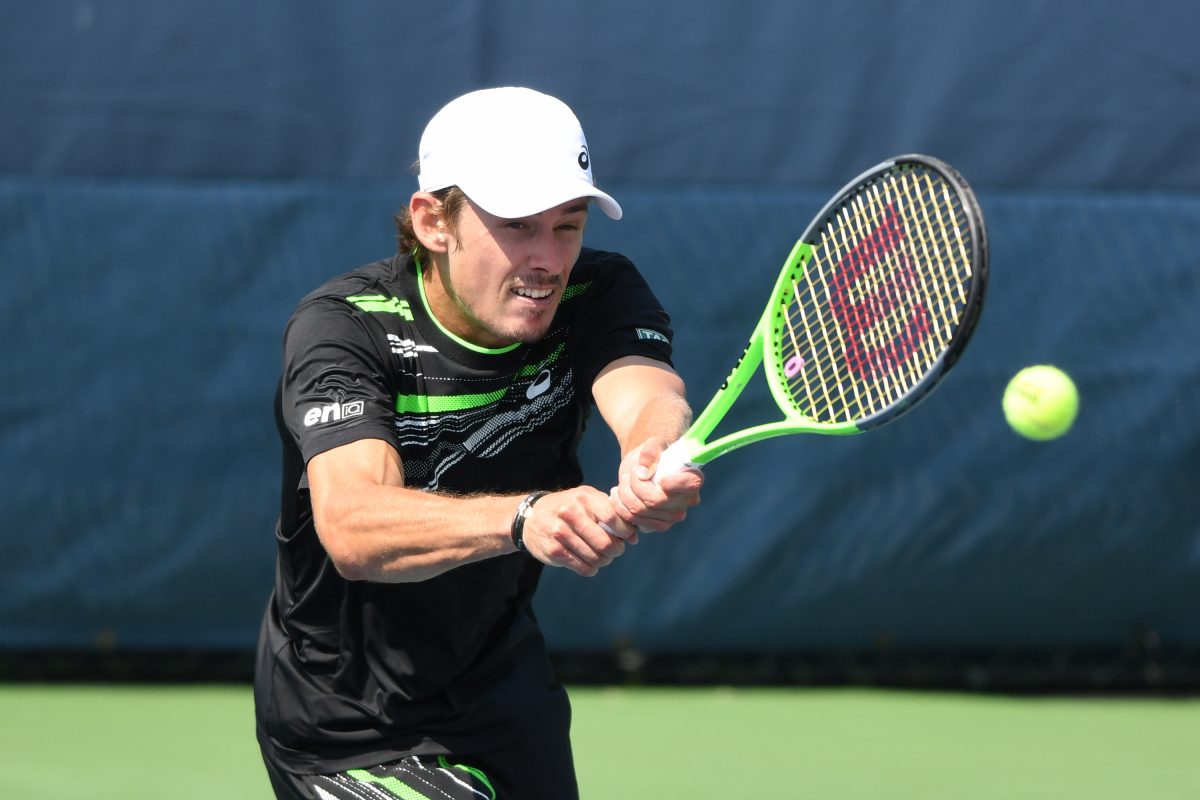 Australia’s Alex de Minaur has made a winning start at an ATP Masters 1000 tournament in America this week.

Alex de Minaur has snapped a three-match losing streak to advance to the second round at an ATP Masters 1000 tournament in Cincinnati.

The No.14-seeded Australian showed his fighting spirit in a 0-6 6-4 6-4 win against Serbia’s Filip Krajinovic today.

After being outplayed in the rain-delayed opening set, De Minaur fought back to secure victory in a two-hour and eight-minute battle. He hit eight aces in the match, including four in a tense deciding set.

It is De Minaur’s first singles win since capturing his fifth career ATP singles title at Eastbourne in June.

Since securing his first grass-court singles title, De Minaur had lost in the opening round at Wimbledon, Washington and Toronto.

He was also selected to represent Australia at the Tokyo 2020 Olympic Games in July, but was unable to compete after testing positive to COVID-19 shortly before the event.

De Minaur, who is the only Australian representative in the men’s singles draw in Cincinnati this week, plays either Serbian Dusan Lajovic or France’s Gael Monfils in the next round.

> READ: Perez moving on in Cincinnati

2021-08-17
atscorp
Previous: Stranger Things Will Be leaving Dead By Daylight In November
Next: The Power of Print: On I-Day, The Times of India delivered — and how! | India News – Times of India