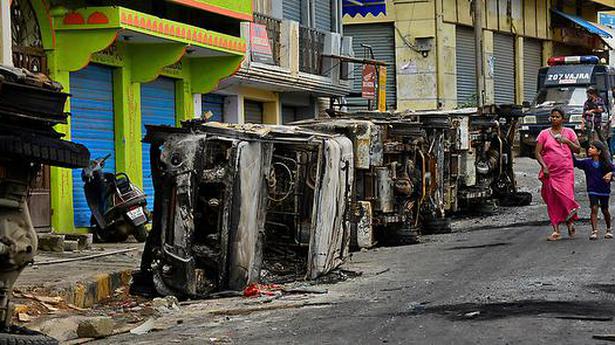 Officials of the National Investigation Agency (NIA) on Saturday conducted raids on the houses of those involved in the DJ Halli and KG Halli police station attacks.

According to the officials, simultaneous searches were conducted on seven persons who were charged by the NIA and are presently on the run. During the searches, various incriminating documents and electronic devices were seized from the premises.

The NIA is probing the two cases, originally registered in DJ Halli and KG Halli police stations, pertaining to the attacks by an armed mob in August last year. The mob, protesting against an alleged derogatory social media post about the Prophet Muhammad, had turned violent and targeted the police stations. The mob had attacked police personnel, burnt police vehicles, and damaged government and private properties.

The NIA subsequently re-registered the cases.