The Austrian didn't expect to return to his winning ways so quickly. After six weeks away from the tour for some soul-searching, Dominic Thiem is back with a vengeance and into the semifinals at the Madrid Open. His prevailing sentiment? Surprise.

“Yes, I am surprised to be in the semifinals,” The Austrian said after taking out John Isner in three sets (3-6, 6-3, 6-4) on Friday at the Magic Box. “I didn't expect that. I was just expecting to hopefully play one or two good matches here against top opponents. Now I'm in the semis and facing Rafa or Sascha tomorrow. That's amazingly good to get at least four matches on a top level. But it's also a big surprise for me, and definitely didn't expect that.”

Thiem who entered the week with just a 5-4 record on the season and carrying doubts about his health and motivation, appears to in the process of proving that he is still the man that is next in line to win Roland-Garros after Rafael Nadal.

Dominic Thiem survives John Isner's 18 aces and comes back to beat the giant American 3-6, 6-3, 6-4 and reach the semifinals for a 4th consecutive time in Madrid. pic.twitter.com/52tHQtKz9p

He says he’s pleased with his form through three rounds in Madrid, but admits that there’s still plently of room for improvement.

“Pretty much I'm pleased with everything of my game,” he told Tennis Now in a Zoom press conference on Friday. “I played three very different opponents. Everything is working quite well. I mean, the groundstrokes are working well. The serve was pretty good all the time. The return, today especially in some parts of the game, was very good.

“I guess that I'm on the right way definitely. But still many things to improve, getting percent back in the match rhythm, anticipation and everything. In general, as I said, I feel like I'm back on the right track. That what makes me pleased.”

Thiem, a two-time finalist at Madrid (2017, 2018) is into his fourth career semi-final at the event. He improved to 16-4 lifetime in Madrid with his win over Isner on Friday.

Thiem was down early against Isner but found a way to get a break of serve in the second and third sets, and that was enough to get the win.

After the match he told Michael Dickens of Tennis Tour Talk what it’s like to return Isner’s serve:

“I think it's comparable to a goalkeeper in a penalty,” he said. “If he places it well, if it has the right speed, there's just no time to react. You either have to guess or hope that he's missing the first serve. It's just pure luck actually to return it. It's like a 50/50 chance. That's why it's so, so tough.

“It's not only the first serve, it's the second as well, which has such a high bounce. Well, you go close, return it, which is unbelievable tough, especially here on clay in altitude, or you go five, six meters back behind the baseline. He has a lot of time to come in the net. It's just incredibly tough to be a returner against him.”

Wang Out, Flipkens In US Open 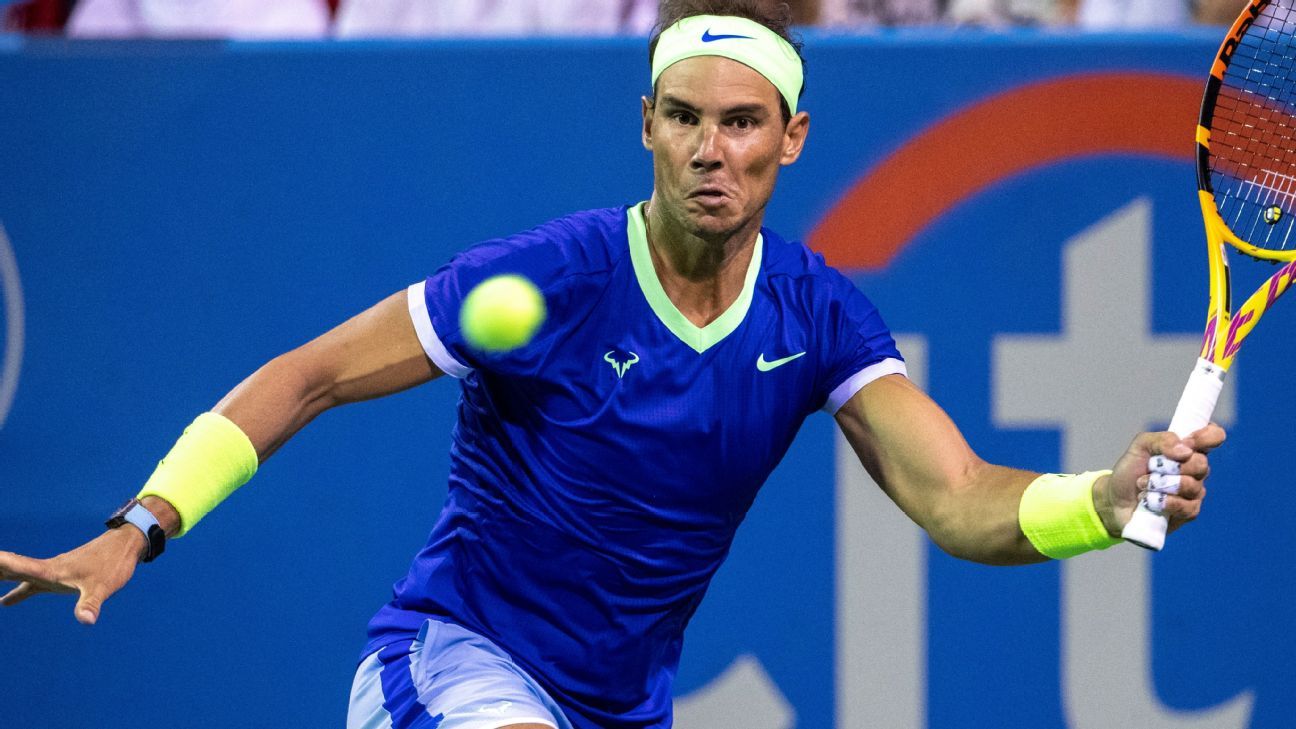 Thursday’s order of play for the ATP Tour event in Washington, D.C. can be found at ...