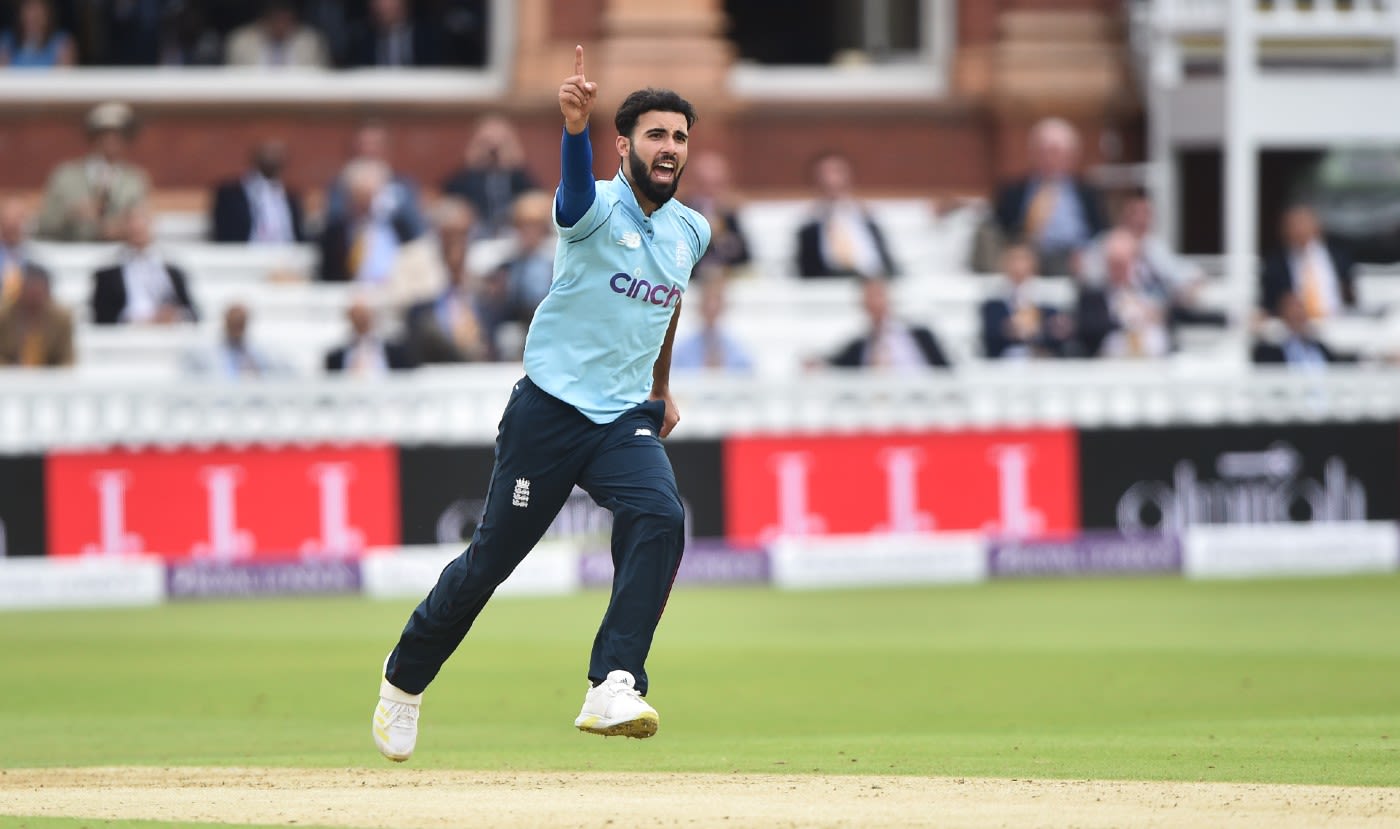 Saqib Mahmood has been called up as cover ahead of England’s second Test against India at Lord’s starting on Thursday, and could be in line for a surprise debut with James Anderson joining Stuart Broad as an injury doubt.

Anderson missed England’s training session at Lord’s on Wednesday morning, and ESPNcricinfo understands he is suffering from a tight quad. While the decision for him to miss training was precautionary, it could leave England without both of their senior seamers heading into the second Test.

Broad, 35, is awaiting the results of a scan after appearing to slip while undertaking a light warm-up jog during training. He looks certain to miss what would have been his 150th Test after he was unable to put weight on his left foot, and if the injury proves to be a serious one – a calf or Achilles tear – it could yet rule him out of the remainder of the five-Test series. If both men are ruled out, it would be only the second home Test to feature neither Anderson nor Broad since 2007.

The injury comes after a fallow first Test for Broad, who went wicketless in India’s first innings before finding a better rhythm second-time around, claiming KL Rahul’s wicket on the fourth evening before rain washed out an intriguing final day. He currently has 524 wickets at 27.84 in his 149 Tests to date, placing him sixth on the all-time Test wicket-takers list.

Mahmood, who impressed for England’s white-ball squad in the recent series against Pakistan, will link up with the squad at Lord’s on Wednesday. Moeen Ali is expected to return to the side to provide England with a spin option, while Mark Wood – unused in the first Test – is likely to join Ollie Robinson among the frontline seamers, with Sam Curran set to be retained in a more conventional allrounder’s role. That would leave Mahmood and Craig Overton, the Somerset allrounder, as fast-bowling cover, with one of the two replacing Anderson in the event he is ruled out.

Chris Woakes (bruised heel) and Ben Stokes (personal reasons) are also unavailable for the second Test, leaving England facing the prospect of fielding a second-choice seam attack. Either way, with Jofra Archer now ruled out until after this winter’s Ashes and Olly Stone confirming on the BBC on Tuesday that he is unlikely to return to bowling for six months after his latest stress fracture, Mahmood now seems increasingly likely to make his Test debut at some stage this summer, with a view to testing his readiness for a role in Australia.

He claimed nine wickets at 13.66 in England’s 3-0 series win in the ODIs against Pakistan in July, after being called up as part of an emergency squad following a Covid outbreak in England’s original party, and retained his place for the subsequent T20I series, where he picked up a further four wickets at 28.00.

He has since been one of the star bowlers in the first season of the Hundred, with five wickets at 22.40 for Oval Invincibles, though now looks set to miss their final two group games as they push for a play-off berth.

England have also announced that their offspinner Dom Bess will return to Yorkshire to compete in the Royal London Cup, after being released from the Test squad following Moeen’s inclusion.