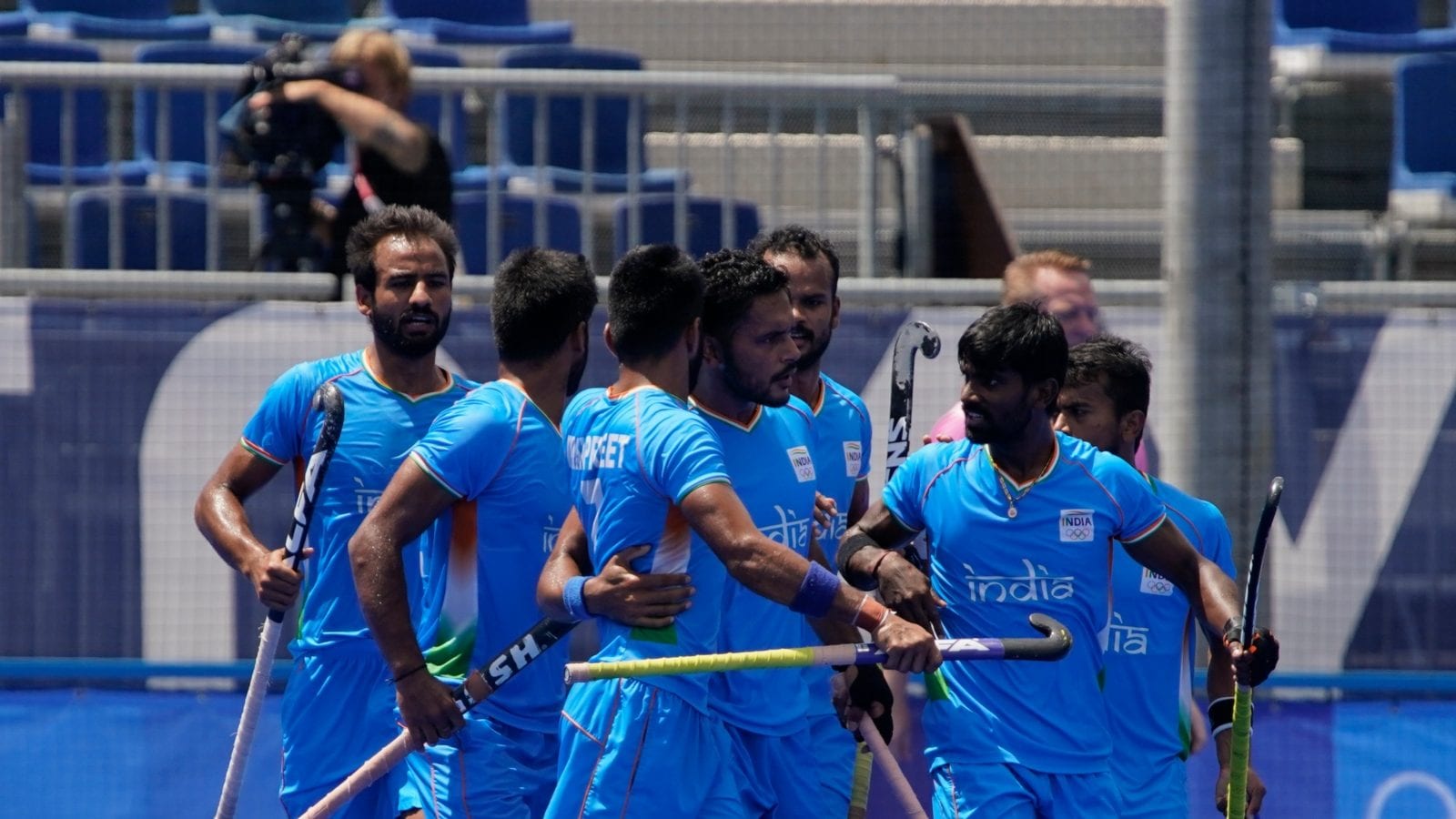 India vs Germany Live Score, Hockey Bronze Medal Match, Tokyo Olympics 2020:  A demoralising semifinal defeat behind it, the Indian men’s hockey team would need an error-free performance from its defence to secure an Olympic medal after 41 years when it takes on Rio Games bronze-winner Germany in the third-fourth place play-off match here on Thursday.

World no.3 India played into the hands of world champions Belgium with their defence succumbing under relentless pressure from the Red Lions to concede a bulk of penalty corners throughout the match and lose 2-5 in the semifinals.

The Belgians played to their strengths as their focus was merely on earning penalty corners, especially with the likes of tournament’s highest goal-scorer Alexander Hendrickx, who scored a hat-trick, and Loick Lupaert in their ranks.

Their ploy worked to perfection as put under pressure, the Indians lost their defensive shape and conceded as many as 14 penalty corners in the match, eight in the final quarter, to lose a bright chance to secure an Olympic medal after 41 years.

India’s last of the eight Olympic golds came way back in 1980 Moscow Games.

But come Thursday, the Indian defence will have to pull up its socks and avoid repeating the same mistakes which it made against Belgium if they desire to stand on the podium here.

Despite having four world-class drag-flickers in its armoury in Rupinder Pal Sngh, vice captain Harmanpreet Singh, Varun Kumar and Amit Rohidas, the Indians have a poor penalty corner conversion record, utilising just one out of the five they secured against world no.1 Belgium on Tuesday.

The onus now is on the Indian defence and the likes of Harmanpreet, Rupinder, Surender Kumar, Amit Rohidas and star goalkeeper PR Sreejesh will have to be on their toes to come out triumphant against the might of Germans.

The Indians also need to avoid unnecessary tackles in front of their circle with skipper Manpreet Singh being guilty of getting a card at the start of the fourth quarter, which resulted in three back-to-back penalty corners for Belgium, the last of which was converted by Hendrickx to shift the momentum of the match in their favour.

Going by rankings, there is hardly anything to differentiate between the two sides as India are currently on third place and Germany on fourth.

But Germany would be a tough nut to crack for the Indians.

Having lost 1-3 against Australia in the semifinals here, the Germans would be determined to prove a point.

The clash between India and Germany would be a repeat of the bronze medal clash of the 2017 Hockey World League Finals. Back then, the Indians triumphed 2-1 against a vastly depleted German team.

Having failed to secure the gold medal here after two successive yellow metals in 2008 and 2012 Games, the Germans had to settle for a bronze in Rio 2016 and they would be determined to at least return with a podium finish from here.

Germany are the most successful hockey nation in the Olympics after India with four gold medals.

Striker Lukas Wendfeder is in great form, having scored scored six goals in the tournament so far.

The Indian defence is expected to have a busy outing on Thursday with the likes of Wendfeder, Florian Fuchs and Christopher Ruhr in the German side.

In the Olympics, both the sides have faced each other 11 times recording four wins each and three matches ending in draws.

Recently, India toured Germany in March this year during which they defeated the hosts 6-1 and drew a match 1-1.

India captain Manpreet Singh has already said that he is in no mood to dwell on the semifinal result.

“At least we should win a bronze medal for the nation,” he added.

In the men’s hockey final, Australia will face Belgium later on Thursday.