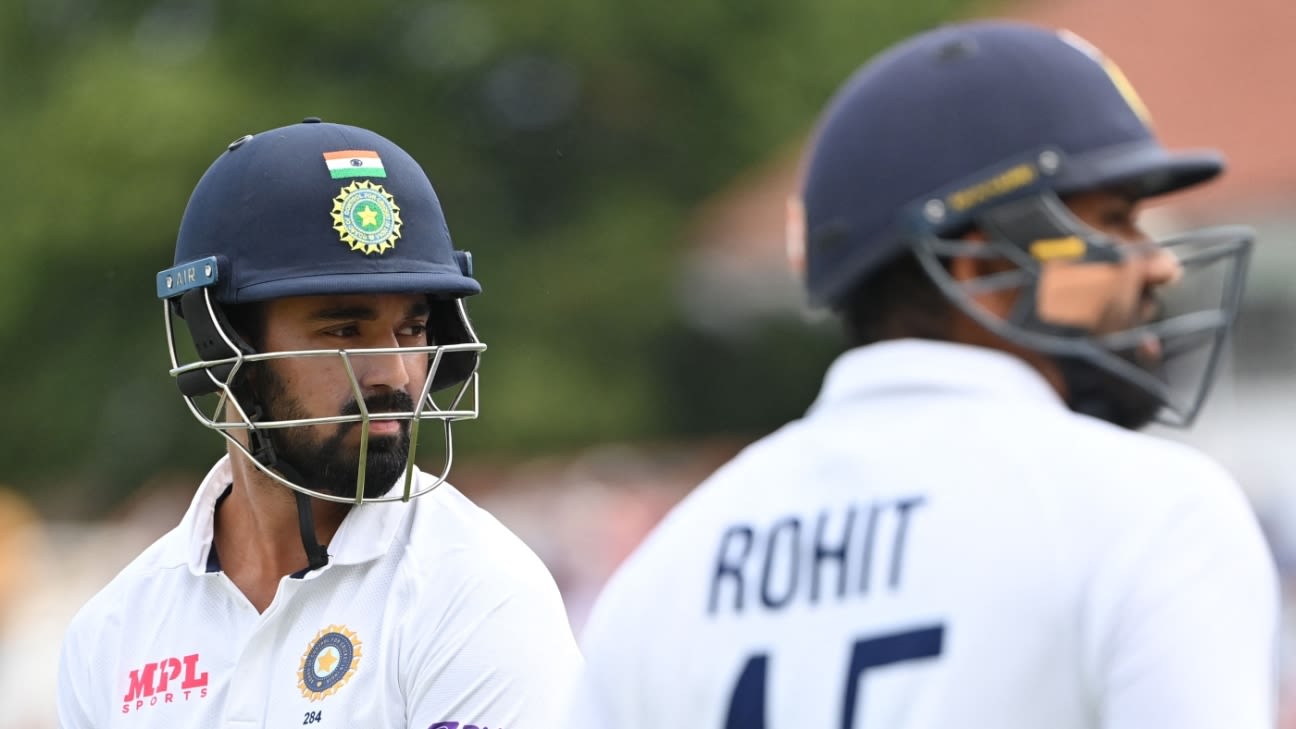 A feisty contest between England and India continues at Lord’s, with plenty of twists and turns in store. So make sure to follow our live updates and stay ahead of the curve (Please refresh for the latest). Also follow our ball-by-ball commentary here and our Hindi live coverage here.

And here, again, is Andrew Miller trying to figure out just what Sam Curran is:

“I defy anybody to give a precise answer to the question of what makes Sam Curran such an extraordinary competitor. He has skills in abundance, plus the bonus of being a left-armer – a subtlety that messes with all batters’ angles, however experienced they may be. But he’s short by the standards of international cricket, and significantly slower than your average international seamer. Frankly, his career defies logic, which probably goes a long way to explaining why he gets inside so many players’ heads.

His performance in this morning’s session, however, was proof of the size of his ticker. Lesser players would be cowed by their contribution to this series so far – 37 wicketless and expensive overs across the first two full innings of the series, plus an untimely golden duck on Saturday afternoon, just when Joe Root most needed his middle-order to dig for his cause. Curran, however, took his under-achievement as a personal challenge, and with the first ball of his fourth over, he snagged the single biggest scalp of an extraordinary morning session.

It helped his cause no end that India were on the back foot. In the first innings, he’d entered the attack with Rohit Sharma and KL Rahul poised to strike. This time, Mark Wood had scalped them both before India’s deficit had been written off, leaving only tension in the air for Cheteshwar Pujara and Virat Kohli, whose verbal stoush with James Anderson seemed to signal that he was bang up for the fight, but whose technique is not quite ticking to the same extent.

His initial angle had been entirely round the wicket, hooping in on a full length to target the lbw. But Kohli’s biggest weakness this summer has been more on a fifth-stump line, where his eagerness to feel bat on ball had been his undoing in both his previous dismissals in the series, his first-baller to Anderson at Trent Bridge, and his first-innings stab to slip off Ollie Robinson.
So Curran reverted to over the wicket, and struck with his very first effort – pushing the outswinger across Kohli’s bows, and haring off to fine leg in solipsistic rapture as Jos Buttler snaffled the edge. He had made it happen again. As he will doubtless do again and again.

‘I have only ever been impressed with everything he has done, and everything he has achieved in his career,’ James Anderson had said at end of the second day’s play. ‘Everything he turns his hand to, he seems to be fairly natural at – whether it’s T20s or the England white-ball set up, and he’s been brilliant for us in the Test team.

‘I wouldn’t try and offer anything other than encouragement,’ added England’s greatest seamer. ‘He knows what he’s doing.'”

Here’s Shiva Jayaraman from our stats team, looking at what the number say about Kohli’s luck:

“Why can’t he replicate his form from his last tour to England? Is Virat Kohli out of form? Is he shuffling too far across to the off stump with his back foot? Is he playing with hard hands? Or is it just bad luck?

In the first Test of the 2018 tour, at Edgbaston, James Anderson tested Kohli outside off and had him nick one to the second slip, where Dawid Malan dropped the catch. Kohli went on to score a hundred. Anderson would end up bowling 270 balls at Kohli on that tour without managing to dismiss the India captain. Kohli made 593 runs in that series with two hundreds and three fifties. On this tour, he has managed all of 62 runs in three innings.

ESPNcricinfo’s control data reveals that Kohli has actually been in control of a higher percentage of the shots that he has played in the first-50 balls of his innings on this tour than he was in 2018. In the first two Tests of the 2018 tour, Kohli was in control of 74.8% of the shots he played in the first fifty balls he faced. On this tour, he has played with a higher control at 81%. Forty-five false shot brought about one dismissal. On this tour, 18 have brought two. Kohli was dropped thrice in the first two Tests of the last tour. He hasn’t been let off this time around. Luck’s contribution is often forgotten when a player does well, their technique is blamed when they don’t. Or it could be that batters make their luck with tighter techniques. Maybe, Kohli’s shuffle across to the offstump is bad luck for him.”

It was getting heated out there – words exchanged, lbw appeals, booming cover drives. From England, it’s been relentless pressure. And that been in large part because their fourth bowler has shown up in some style. Sam Curran didn’t find too much success in the first Test, or in the first innings of this match, but he’s shown up when it mattered. And he’s done it with some good old-fashioned setting up.

Was around the wicket to Kohli for the most part, angling it in. Then troubled his inside edge with the inswinger, and then dangled the wide one. Kohli had been driving freely through the covers, but he’s been done by the angle while playing for an inswinger. Wonder if the exchange with Anderson unsettled him? He’s chucked something at the window in the dressing room, looks like a glove.

This has been a sensational session of bowling from England. India are in trouble and the men in charge of trying to dig them out of it will feel like they are also playing for their own spots.

Rohit falling at fine leg and square leg in Tests

It is on! India’s openers are out cheaply with the scores level. England now, by some distance, the team that is ahead in the Test. Mark Wood has been immense. There is variable bounce in this pitch – if you’ll remember Anderson getting one to rise on Rahul, then one to keep low – and at Wood’s pace, it has pushed India out of comfort.

Not to say that it’s variable bounce that got Wood those wickets – those are both super execution of plans. Both openers were solid on the front foot and England had the man to tackle that. In the first innings, he came on very late, in about the 20th over. Today, he’s in there early and he’s unsettled India right away. And there will be another inquest into Rohit’s shot selection – second time this series, and at least the third time this year, that he’s been dismissed playing the hook. This one will need serious explaining – three men back, one of whom had literally just gone there. England are all over India.

The FOMO is real

I’d give anything to be strapping the boots on, pulling on my England shirt, plonking the floppy hat on my head & walking down those Lord’s steps, through the long room out onto the outfield to the crowds roar knowing that 8-10 wkts today breaks this Test match right open…

Good morning and welcome back to the Live Report. This match situation should thrill those who like symmetry – exactly two days remain for the remaining two innings. From all the evidence so far of the weather, that should mean two full days too. That’s 180 overs left of a contest in which neither side has been able to make big strides without being stopped in its tracks; it could get very delicate these next two days as they step into top gear to try and go 1-0 ahead. India’s openers have a job to do first – see off the new ball and get deep enough into the innings that the middle-order can bat with some freedom. They’ve both been in good form so far. There will be many English counting the law of averages to catch up with them today. I’m convinced it’s the only way this match turns real spicy, real fast.

Varun Shetty is a sub-editor at ESPNcricinfo