Home » Other Sports News » Lov(e) is in the Air! Surprise Gift Awaits Lovlina Borgohain as She Reaches Assam 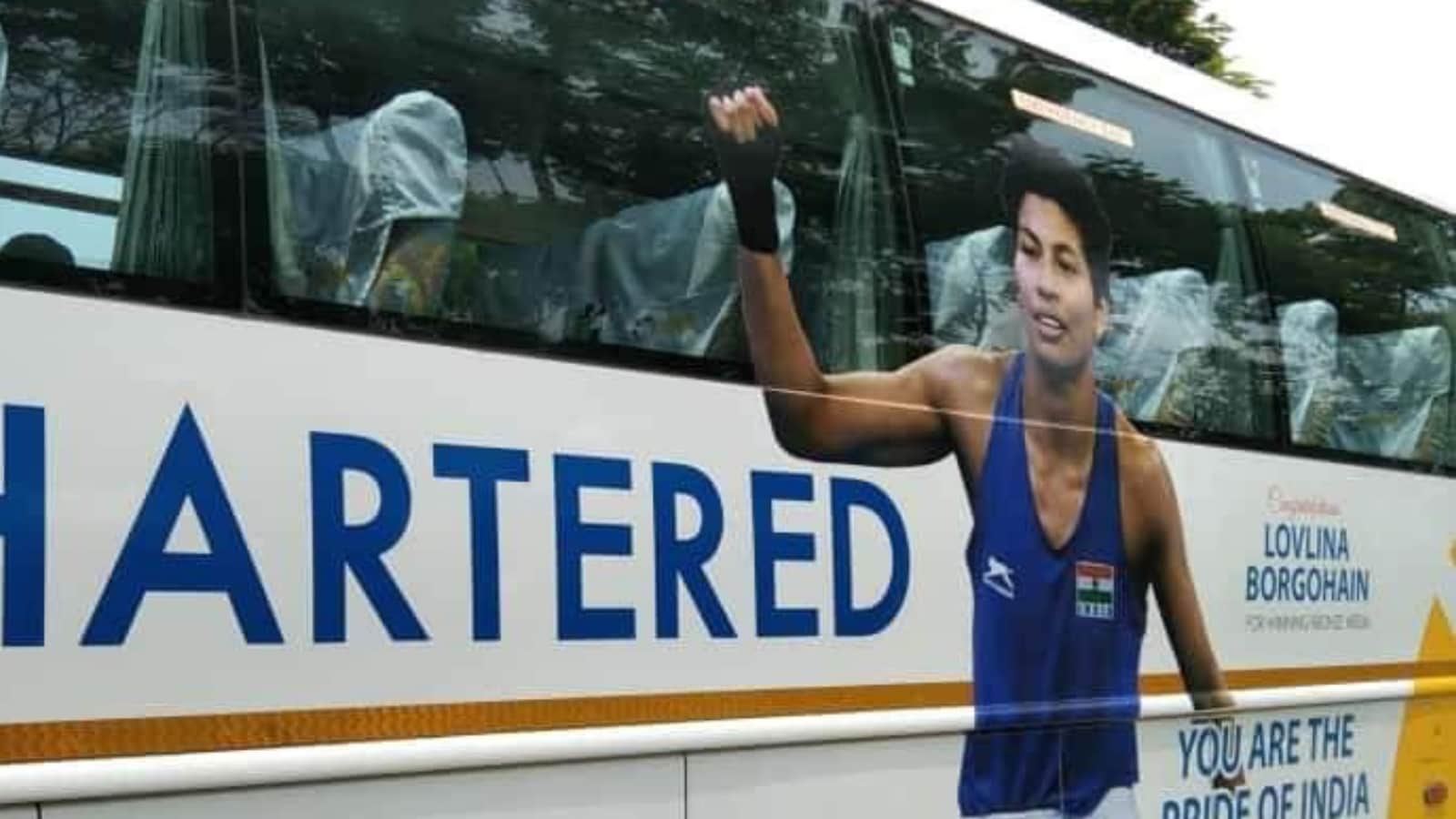 Lov(e) is in the Air! Surprise Gift Awaits Lovlina Borgohain as She Reaches Assam

If happiness is in the arrival…then Assam and its capital Guwahati is the happiest on the eve of August 12. Lov(e) is in the air of the capital city of Guwahati often termed as the Gateway to the northeast. Posters and banners of Lovlina Borgohain grace every post and hoarding of the city. It’s a festive mood in the city during the month of Sawan.

To honour this glorious achievement, the Assam State Transport Corporation (ASTC) has introduced a swanky customized chartered bus with a mega poster of the icon on it as a token of gratitude.

The bus which now moves around in Guwahati to mark Lovlina’s presence in her home state shall carry the Olympic medal winner to her place of stay in the city from the Airport on August 12.

The chartered bus which can alter its ground clearance according to the convenience of the commuter is designed in white, grey and yellow shades, giving it a classy look. The picture of Indian Olympic medalist Lovlina in her blue jersey is posturized on it. It also includes a quote stating ‘YOU ARE THE PRIDE OF INDIA

“It’s the same bus which carried Team India in their match against England in the ODI at Guwahati,” said Gautam Das, District Transport Officer Kamrup Metro.

As per the official schedule, the ace boxer shall reach Lokopriya Gopinath Bordoloi International Airport, Azara at 9.30 AM where state Chief Minister Himanta Biswa Sarma and Bimol Bora, sports minister and host of international boxers of the state shall welcome Lovlina Boragohain.

“For me, she is a living legend and tomorrow is a historical day for the state. The Pride of Assam shall arrive. There shall be a surprise gift for Lovlina at tomorrow’s function which the Chief Minister shall announce on the stage. There shall be cash reward or more as per states sports policy” says Lakhya Konwar, General Secretary of Assam Olympic Association.

The proud boxer has an audience with Professor Jagadish Mukhi, Governor Assam at 6 PM and a get-together over dinner with known faces and officials of Assam Boxing Association. Lovina shall address the press on the 13th morning.

Lovlina who is in Delhi, as of August 11, enjoyed home-cooked Axomiya food with Sarbanada Sonwal, Union Minister for Port, Shipping and Water Ways. According to the pugilist from Baramukhiya of Barpathar in Golaghat district of Assam, it’s after one long year she enjoyed Assamese food.

“Boxing has always done Assam proud. Boxers for Assam have represented the country in 2012, 2016 and 2020 Olympics in the likes of Shiva Thappa and Lovlina Borgohain,” says Hemanta Kalita, Secretary-General of Boxing India

Determined and firmly focused on her goals, Lovlina shall leave Assam on the 13th to return on the 17th to be with her family and near and dear one in her native village.

Wishes for Lovlina Borgohain after he Olympic medal (News18)

“I came home after one month and have not met Lovlina for one year. It was in the last COVID lockdown we were together. I was expecting her to visit us tomorrow but now she is coming on the 17th. She loves to have meat preparation, I am cooking it for her. I still remember how we used to take her on our bicycle to school while she used to keep looking for her sister all the way school” says Lisa Borgohain engaged with the CISF in Siliguri, West Bengal.

With not much free time in hand, Lovlina now has the AIBA Women World Boxing Championship in 2021 followed by the Common Wealth Games at Burmingham and Asian Games, China in 2022.