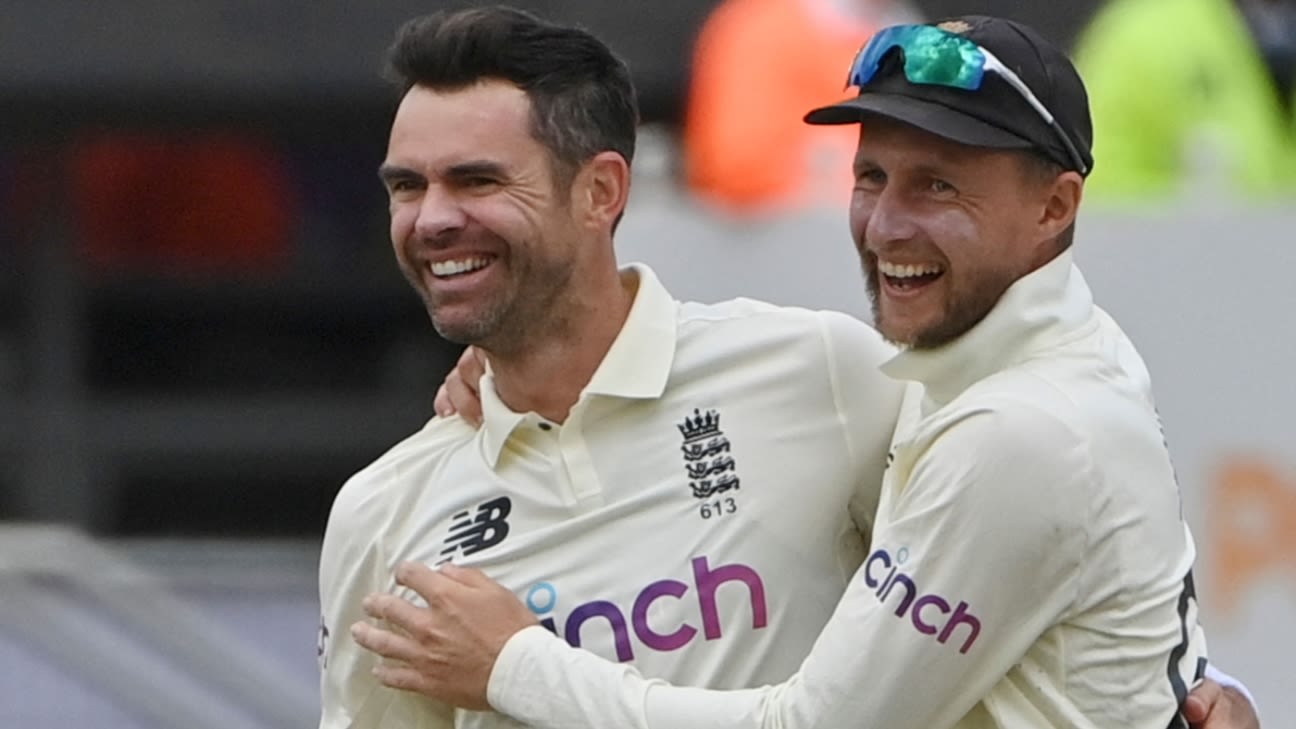 A man not supposed to be looked at as an opener anymore stepped in at the last moment to replace a concussed good friend of his, scored an unbeaten fifty in trying conditions, but wasn’t even the story of the day on which only 33.4 overs were possible. Three full series since getting Virat Kohli out four times for 19 runs in 2014, James Anderson got India’s captain out first ball to rouse England back into the contest after a 97-run opening stand between the returning KL Rahul and Rohit Sharma.

Oh, and the ball to get Kohli was a really good one, but it was not even the best ball to get a wicket on the day. In what is now becoming a self-fulfilling prophecy from Cheteshwar Pujara, a bowler will do well to top the delivery Anderson bowled just one ball before getting Kohli out. Perhaps it was fitting that there wasn’t more cricket: you need to ration things so good.

India ended the day 58 behind England’s first-innings score of 183, an outcome they would have settled for if offered at the start of the day, but not from the possible domination they were eyeing at the end of the first session.

In 2018-19, Rahul’s good friend from Karnataka, Mayank Agarwal, replaced him at the top of the order. They then opened together for three Tests before Rahul was dropped and then later looked at as a back-up middle-order option only. Two days before this Test, though, Agarwal suffered a concussion in the nets and here Rahul was, trying to revive his career and give India some sort of launch pad. With him was the naturalised opener, Sharma, who has looked as good as any opener going around in the most challenging era for Test openers.

England resumed the day with Anderson and Ollie Robinson, possibly to spread their two experienced fast bowlers in a thin four-man attack whose fourth bowler was Sam Curran. Anderson and Robsinson gave it their best in a challenging first hour during which both the openers had to remain vigilant. A mistake occurred once every four balls, but the batters kept putting it behind them and resisted attempting a wishful stroke.

If, in between, there was a rare loose ball, Sharma especially took advantage, playing a lovely off-drive and a flick-pull for the only two boundaries in the first 11 overs, which brought just 12 runs. Anderson was imperious with his outswing, Robinson awkward with seam and bounce. However, when Anderson flipped the shiny side to bowl the inswinger, it didn’t quite come out right. Robinson failed to get full enough to get an lbw verdict.

Sharma and Rahul left expertly, played late, defended under their eyes, and attacked only when the ball was absolutely there to be attacked. This was batting of great discipline and expertise.

As the attack was handed over to Stuart Broad and Curran, scoring opportunities began to present themselves. Broad is usually excellent at capitalising on such spells of play with an attacking length, but here he began to overpitch. Rahul broke free in that second hour; after an extremely watchful start of 12 runs from 79 balls, Rahul took 32 off the last 45 balls he faced in that session. Sharma didn’t get as many loose balls, and was happy to play second fiddle.

Broad’s spell of 5-0-27-0 was done. Anderson and Robinson had been thwarted. Curran needed more pressure from the other end to be effective. India were three short of only the second century opening stand in all test cricket in England since 2016. Lunch was approaching. Robinson went wide on the crease and bowled a bouncer just high enough and straight enough. Any higher, Sharma might have left it alone. Any lower, he might have been able to pull it down. Any wider, he would have been able to control it. He ended up sending this one straight down fine leg’s throat.

Post lunch, Anderson and Robinson found more menace from the conditions. There seemed a shift in the attack: towards the stumps. Pujara survived an lbw decision when padding up by winning a review on height, but Anderson soon caught up with him.

In this spell, Anderson tried the inswinger more often by switching the shiny side to the outside. The one that got Pujara looked like just that: a testing inswinger, pitching full and within the stumps, making him defend, but upon pitching it assumed fangs, seaming the other way, squaring Pujara up, and taking a faint outside edge. Everything about this delivery was so good it would possibly have got him lbw had he missed the edge.

Now resumed the contest of all contests. In 2014, Anderson got Kohli out four times in just nine mistakes. In 2018 he induced 58 mistakes and two catchable edges from the bat of Kohli, but couldn’t dismiss him. Earlier this year, he drew the edge again, but they dropped Kohli off Anderson even in India. Four hundred and fifty-four balls since he last got Kohli out, 69 false responses and three dropped catches later, the 39-year-old Anderson ran in to resume one final contest with Kohli.

Kohli has not scored an international hundred since November 2019, but only recently has a slightly serious issue cropped up in his batting. He is possibly playing too much for the inswinger, just like he did in 2014 when he played away from body too often, fearing that inswinger. Already this summer, Kyle Jamieson has got him out that way, but that is also the result of the lbws bowlers have been able to take off him by dragging him across.

That in mind, Anderson chose the perfect ball to start off with. Once again he bowled with the shiny side outside, hoping this one goes in and tests how much Kohli is watching out for that inswinger. It swung in all right, and Kohli pressed forward to try to defend. It was wide enough to leave it alone, but it was also an inswinger first up, so it is not easy to judge what to leave.

Kohli had it covered it in the air, but once again the ball pitched and seamed the other way to take a healthy edge and leave a packed Trent Bridge in frenzy. Anderson had got Kohli out for the first time in seven years, India had been reduced to 104 for 3 from 97 for 0, and England, who will have to fight every inch to save this home series after having lost to New Zealand already, were breathing again.

It seemed this oxygen was in short supply for Ajinkya Rahane, who is a nervous starter at the best of times and was hell bent on running every time ball touched bat. He eventually ran himself out for five, leaving India at 112 for 4 and bringing out Rishabh Pant, who is not quite known for buckling down and absorbing the pressure. It was going to be this way or that pretty soon, but rain arrived to leave us to contemplate what we witnessed.

Not before Dom Sibley dropped Rahul at second slip off Anderson, though. Just a reminder that India were still ahead in the contest, but with these batting line-ups in these conditions against these attacks, who can ever say for sure?