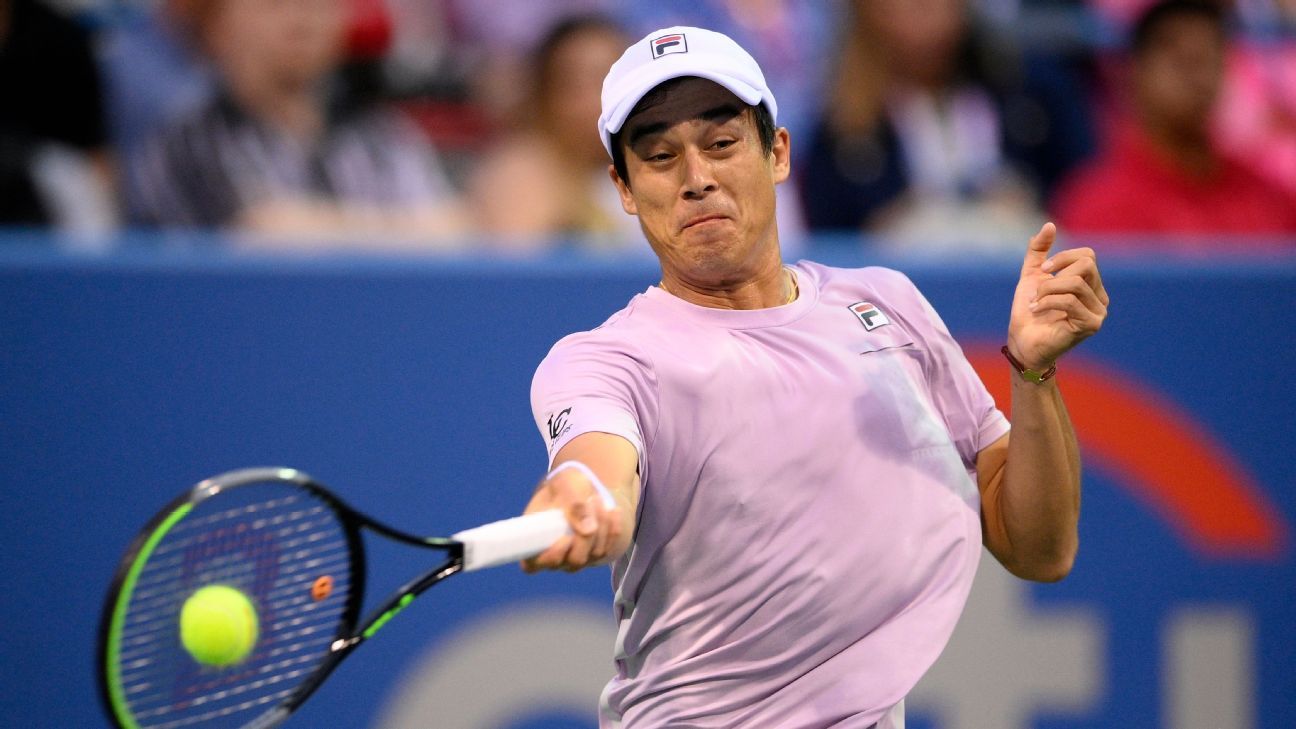 Look at him now — a finalist at an ATP tournament for the first time.

“I feel like I put it all together a little bit this week,” said McDonald, who is unseeded and ranked 107th. “You never know when it’s going to click. For me, it’s this week, so far.”

He will face fifth-seeded and 24th-ranked Jannik Sinner of Italy for the trophy on Sunday.

Sinner, 19, arrived at the hard-court tournament in the nation’s capital on a four-match losing streak. But he reached his fourth ATP final and stopped the run of 20-year-old Californian Jenson Brooksby with a 7-6 (2), 6-1 victory Saturday.

McDonald was a college star at UCLA, winning NCAA singles and doubles titles in 2016. In the pros, he showed real promise by reaching Wimbledon’s fourth round in 2018. But McDonald badly injured his leg in a doubles match at the 2019 French Open and the road back was tough.

He showed that his game was coming together this February, when he got to the Australian Open’s fourth round. More positive ground came this week, including beating defending Citi Open champion Nick Kyrgios in straight sets in the first round and the close one against 2014 U.S. Open runner-up Nishikori.

When Nishikori netted a forehand to get broken to end the match, McDonald let out a celebratory yell.

“Yeah, it means a lot. I’m trying to downplay or, I guess, downplay a little bit. Try to keep my cool,” said McDonald, who for years has written down his tennis goals and now is one win from accomplishing one of them. “I guess that’s what’s really helping me — not make the moments too big, getting too high or too low, staying focused, knowing the values behind it.”

Sinner can become the first teen to win the U.S. Open tuneup since Juan Martin del Potro in 2008, a year before the Argentine claimed his only Grand Slam title in New York.

“He’s fairly strong mentally. He makes good decisions,” Brooskby said about Sinner. “He does a lot of things right.”

But it was Brooksby who nearly nosed ahead, holding three set points when he was up 6-5 and got to love-40 while Sinner served.

That is where Brooksby faltered, suddenly deserted by the backhands and drop shots that have been been the bedrock of his success during a breakthrough season in which he raised his ranking from outside the top 300 to 130th.

“I was, yeah, a little bit lucky,” Sinner acknowledged afterward.

In the tiebreaker, Brooksby’s mistakes continued to mount. He tried a drop shot that Sinner got to and tapped over the net for a winner to begin things. The set, the first one Brooksby lost in five matches, concluded with a drop shot into the net.

“I just tried to stay calm, stay with the right mindset,” Sinner said. “The first set could have gone either way. This, for sure, gave me confidence for the second set.”

The denouement perhaps reflected the gulf in experience that favors the younger of the two. Brooksby had appeared in a total of nine ATP matches before Monday, 80 fewer than Sinner.

“I know what I did wrong and did not come away with it, and also the letdown after that,” Brooksby said. “I’ll definitely learn from that the most and be more comfortable with those situations as it goes on.”