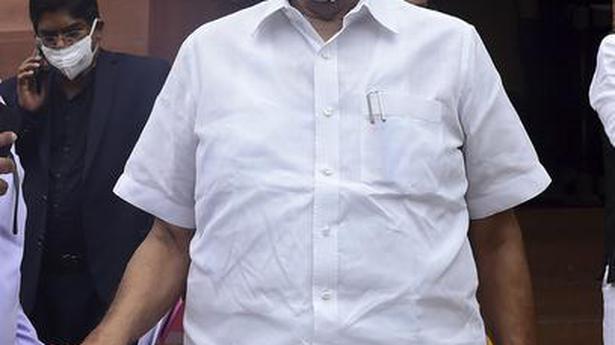 Addressing a press conference on a wide range of issues at the NCP headquarters, Mr. Pawar also targeted Union Home Minister Amit Shah over the Pegasus spyware issue, saying that it could be the Home Ministry which has gotten involved and a probe may reveal the truth.

“All States in the country have already crossed the 50% reservation limit, including Maharashtra. Giving rights to the States to identify OBCs will not serve any purpose, because the reservation limit has not been lifted. All of the opposition members raised this issue in Parliament, which went unanswered from the government’s side,” said Mr. Pawar.

Till the reservation cap is lifted, even Marathas cannot be given benefits of reservation, Mr Pawar pointed out, adding that his party will be uniting all OBC forces to create public opinion demanding the removal of 50% reservation limit. Placing demands of the party, Mr Pawar said a caste census must be held, empirical data should be provided to the State governments and 50% reservation limit should be lifted. “Only then OBCs will get actual benefits, otherwise they will continue to be misled,” he added.

Recalling the events at Rajya Sabha where marshals were called in to control opposition members, Mr. Pawar said he saw this for the first time in his parliamentary career of over five decades. “Rajya Sabha MPs, including women MPs, were manhandled by the security. We did not even know these security personnel. Some said that they were brought from outside. This is a serious charge and needs to be probed,” he said.

The NCP chief said the Opposition had informed ruling benches that it wants a discussion on Pegasus, farm bills and fuel price rise which was sidelined by the government.

When asked about the Defence Ministry’s statement of not buying Pegasus, Mr. Pawar said, “The Defence Ministry said it did not purchase Pegasus. Israel says that it does not sell it to anyone except the government. We believe that such work is not only done by Defence ministry, but RAW, Home Ministry, NSA are also involved. We don’t know for sure, so the Supreme Court’s committee may look into it.”

When asked about the ongoing crisis in Afghanistan, Mr. Pawar said time has come to assess how India’s foreign policy has worked in maintaining relations with our neighbours. “The situation is not good,” he said.