With Netflix’s new take on Jane Austen’s Persuasion promising to be a “modern and witty” take on the book with “color-blind” casting, we were given a first look at Dakota Johnson as Anne Elliot, along with co-star Nikki Amuka-Bird who plays Lady Russell, on the set in full costume. The images suggested that while they may be making it “modern”, that clearly doesn’t factor in the style or era in which the movie is set, as the attire is most certainly in keeping with Austen’s time period.

The images were taken on Saturday as filming continued in Salisbury, England, and show Dakota Johnson wearing a period style charcoal dress and a while billowing blouse while sitting on a tree swing sipping a glass of wine in scenes with Amuka-Bird as Lady Russell. Amuka-Bird’s character is a widow, following the death of her husband Sir Henry, and is also the godmother of Anne. In previous adaptations, the character of Lady Russell has been played by Marian Spencer, Susan Fleetwood and Alice Krige.

While the is currently no release date set for the new Jane Austen movie, with filming well underway it is likely we will see the full adaptation hit screens sometime later next year. The remake is not the first classic novel to use “color-blind” casting, with Netflix’s own Bridgerton also adopting a similar inclusive process. According to Netflix’s vice president of inclusion strategy, Verna Myers, the type of racially diverse casts seen of late are due to an “inclusion lens” being used when going through the process.

Speaking to The Guardian newspaper in January, Myers said, “We’ve got to get folks in front of the camera and behind the camera. When that happens you’re going to get something you’ve never seen before. Bridgerton is something we have never seen before. We help out all of our creative folks in content and marketing with what we call an inclusion lens, when they’re casting and when they’re green lighting: see who’s there, see who isn’t.”

She continued, “We had a special person to think about recruitment, specifically for underrepresented groups, and we started with people of color, and we really emphasized black.”

In Persuasion, which was the final book completed by the author, Anne is a woman who doesn’t want to live by the rules society dictates. She is unmarried, 27 years old and chooses to live with her almost bankrupt family. It is only when she meets a men who she once rejected that she believed second time around, they could have a chance at love. The story has been told numerous times, most recently in 2007, but as well as the Netflix version there is also an adaptation currently in pre-production for Searchlight Pictures with Sarah Snook playing the lead.

As well as Persuasion, Fifty Shades star Dakota Johnson is currently in high demand herself, with numerous projects in the pipeline for the near future, including Am I OK?, Cha Cha Real Smooth and The Lost Daughter, Maggie Gyllenhaal’s directorial debut which also stars Peter Sarsgaard and Olivia Coleman. These candid snapshots originated at Daily Mail. 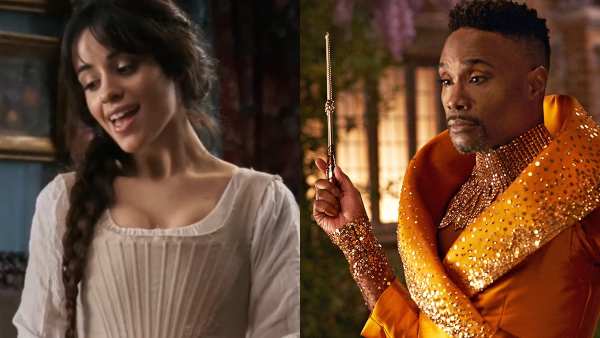 Sacha Jenkins has done it again, bringing his intimate yet explosive style of journalism to ...