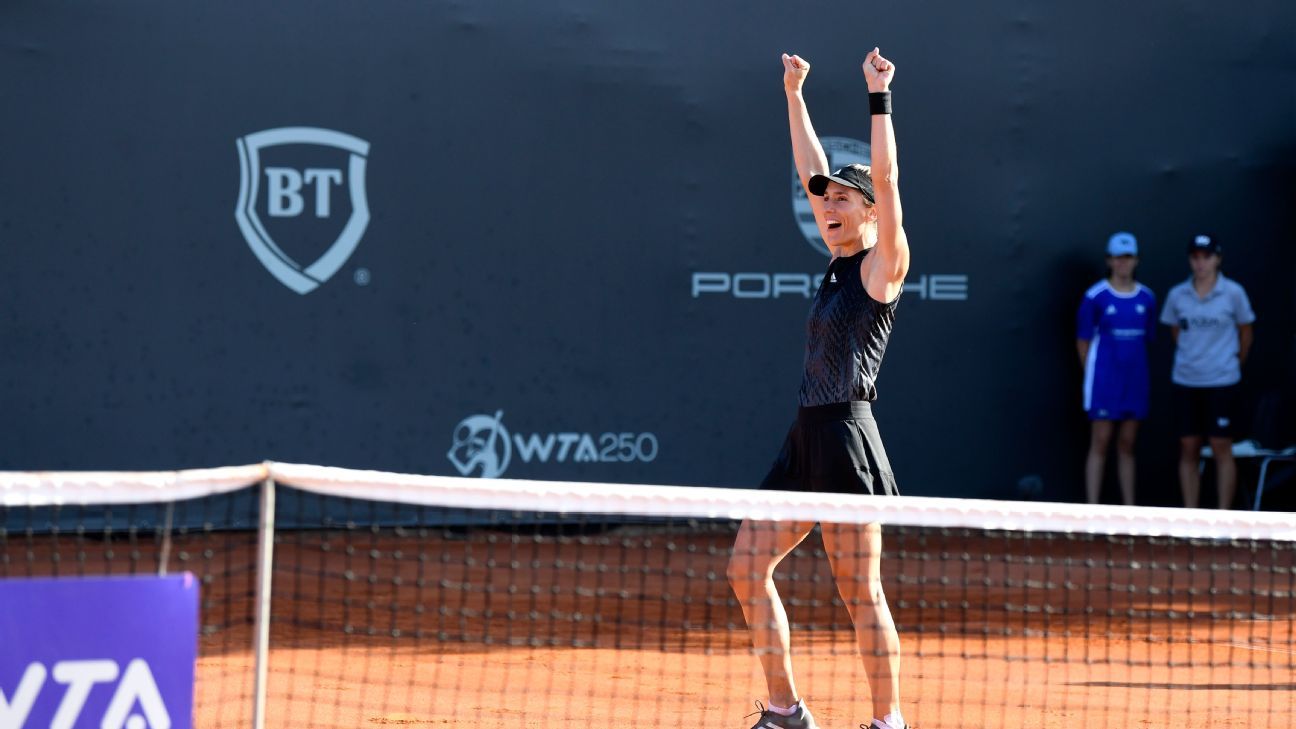 Second seed Andrea Petkovic of Germany hoisted a WTA singles championship trophy for the first time in more than six years as she defeated Egyptian Mayar Sherif, 6-1, 6-1, to triumph at the inaugural Winners Open in Cluj-Napoca in Romania on Sunday.

It has been a resurgent summer for Petkovic, who has now made the final at two of her last three events — her first finals since she claimed the title at Antwerp in February of 2015.

Despite the loss, it has still been a historic week for 25-year-old Sherif, who blazed through four straight-set matches to become the first Egyptian woman to reach a WTA singles final.

“I’m so happy. I was so close three weeks ago but it just didn’t go my way so I’m just the happiest person in the world right now. I can’t express my feelings other than that in these words,” Petkovic said.

“My game plan was to just try and stay on the line, take the balls really early, which is not so easy because she has a massive kick serve and really high topspin heavy strokes, so I tried to do that and I somehow managed to do it really well and take the balls early and take time away from her and I think I was just very, very solid today.”