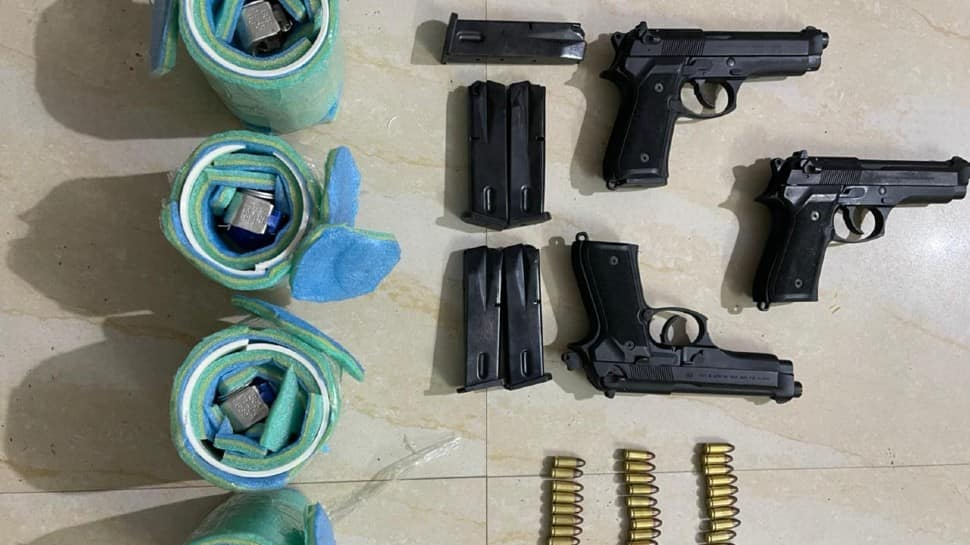 Chandigarh: Two days after arresting two militants, the Punjab Police on Tuesday (August 17) recovered another cache of hand grenades and arms and ammunition concealed by them at Dhariwaal-Batala road near village Suchetgarh in district Batala.

Notably, the Amritsar Rural Police on the intervening night of Sunday and Monday had arrested two militants identified as Amritpal Singh and Sammy, both residents of Amritsar after recovering two hand-grenades, one Pistol (9mm), along with live bullets and magazines from their possession.

The preliminary investigations indicated that the recovered arms and ammunition were to be used to disrupt the peace and harmony and create a sense of terror in the state of Punjab, he added.

The DGP said that the police have registered a case under Unlawful Activities (Prevention) Act and Explosive Substance (Amendment) Act at Police Station Gharinda, Amritsar.

Just a few days before Independence Day, the Punjab Police had recovered a tiffin box fabricated into an Improvised Explosive Device (IED) or ‘Tiffin Bomb’ along with five hand grenades and 100 rounds of 9mm pistol, reportedly dropped through drone, from village Behedwal.

In view of the large number of intel inputs indicating plans by Pakistan’s ISI and terrorist elements based abroad to carry out an attack in India on or around Independence Day, Punjab Police had made extensive security arrangements at the borders.