Casper Ruud is known for his clay-court prowess, but the Norwegian can make a hard-court statement on Friday in the Western & Southern Open quarter-finals.

The eighth seed will play Tokyo Olympics gold medallist Alexander Zverev for a spot in the last four in Cincinnati. Neither man had previously won a match at the Lindner Family Tennis Centre, but one will move to within two victories of the trophy.

It is an important match for Ruud in the FedEx ATP Race To Turin. Entering the week, the 22-year-old was in eighth place as he pursues a maiden appearance at the Nitto ATP Finals in November. The 360 points that would come with a semi-final berth would give him breathing room ahead Poland’s Hubert Hurkacz, who lost Thursday, and draw him closer to seventh-placed Rafael Nadal.

Ruud has now made at least the quarter-finals at four consecutive ATP Masters 1000 events he has played, including two in a row on hard courts. But the winner of four titles this season — all of which have come on clay — will face a stiff test against Zverev, who has not lost a set this week.

The German began his run with an 0-6 record at the Western & Southern Open. But Zverev has found his rhythm on the quick, high-bouncing courts in Cincinnati, taking advantage of his booming serve to put pressure on his opponents throughout the tournament.

“I hope the story has passed me and I can win many more here,” Zverev said in his on-court interview after dispatching Argentine lefty Guido Pella on Thursday. “Obviously I’ve had tough times here, but I’m happy to be here and I feel like I’m playing well. I’m feeling well and that’s the most important thing.”

Zverev, the 2018 Nitto ATP Finals champion, began the week in sixth place in the Race. He has won eight consecutive matches and his confidence is showing in his aggressive play. The winner will play the winner of second seed Stefanos Tsitsipas and #NextGenATP Canadian Felix Auger-Aliassime for a spot in the championship match.

From their junior days until early in their ATP Head2Head rivalry, Auger-Aliassime had Tsitsipas’ number. But the Greek star has won four consecutive matches against Felix to take a 4-2 lead in their series.

“[Felix] knows my game better than any opponent out there. We have been playing [each other] since the age of 12,” Tsitsipas said after a three-set victory against Auger-Aliassime in Acapulco this year. “I wasn’t the one winning in the beginning, but it is great that I have developed into the player that I am and he has done an unbelievable improvement. [It is] always a challenge facing him. We do have a history and I really hope that we build a rivalry that is going to be much remembered in ATP Tour history.”

Photo Credit: Peter Staples/ATP Tour
On the other half of the draw, top seed Daniil Medvedev will try to continue his impressive play against Pablo Carreno Busta in what promises to be a baseline battle.

Medvedev is confident after lifting his fourth Masters 1000 trophy last week in Toronto, but Carreno Busta is no stranger to hard-court success. The Spaniard is a two-time US Open semi-finalist who showed good form in taking out Miami champion Hubert Hurkacz in two tie-breaks on Thursday.

World No. 2 Medvedev will have revenge on his mind, as Carreno Busta just defeated Medvedev in straight sets in the Olympic quarter-finals and went on to win the bronze medal. The Russian leads their ATP Head2Head series 3-2, including a triumph in this year’s Mallorca semi-finals.

The winner will face Russian Andrey Rublev or resurgent Frenchman Benoit Paire. It will be an interesting clash of styles in their first tour-level meeting, as Rublev blasts the ball without hesitation, while Paire uses various spins, feel and is unafraid of coming to net to finish points. 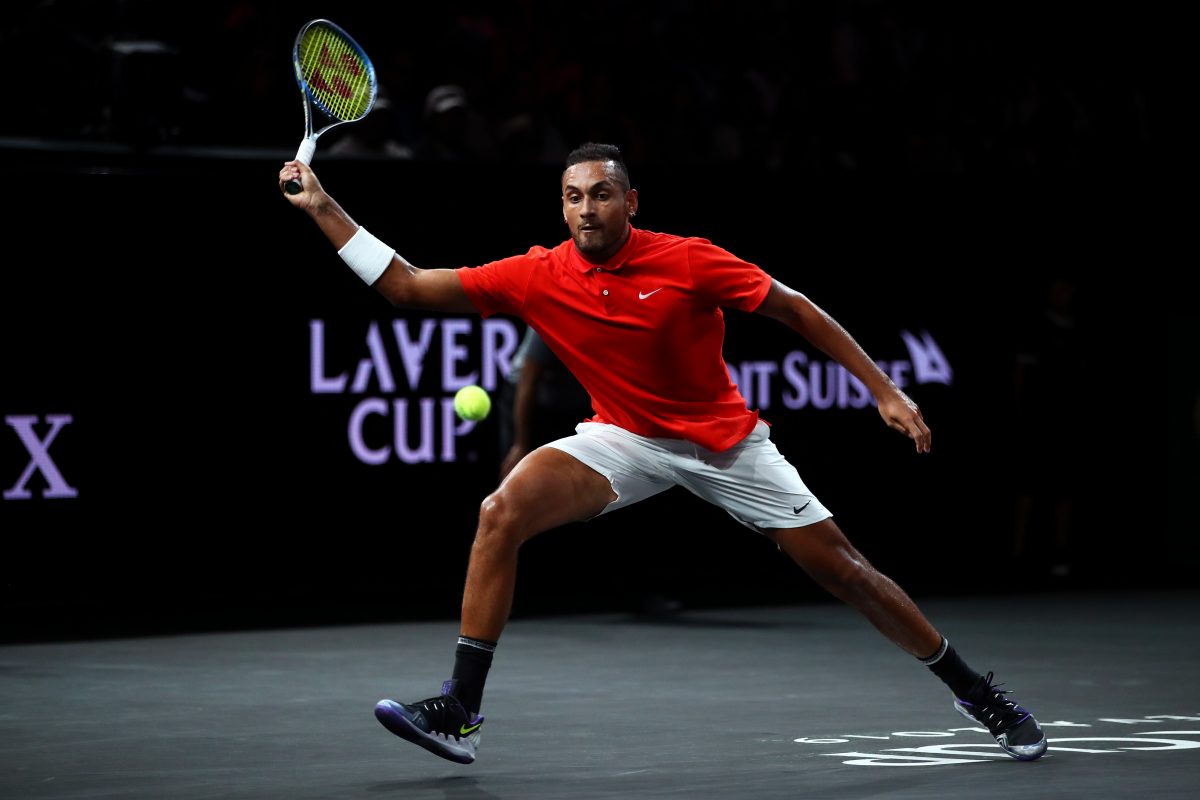 Australia’s Nick Kyrgios is set to compete at the Laver Cup for the fourth time ...