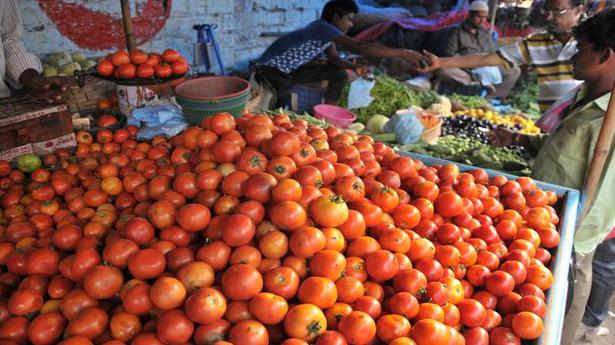 Retail inflation eased to 5.6% in July

Retail inflation cooled slightly to 5.6% in July, slipping below the central bank’s upper tolerance threshold of 6% for the first time in three months, even as industrial output growth halved from 28.6% in May to 13.6% in June, as base effects from the national lockdown of 2020 begin to fade.

Food prices at the consumer level played a substantive role in moderating the pace of price rise in July, with the National Statistical Office (NSO) estimating an inflation of 3.96%, compared to 5.15% in June. Vegetables, fruits, oils and fats, pulses, sugar and spices experienced significant tempering in inflation, an indication that some of the government measures to correct edible oil and pulses prices are kicking in.

The respite notwithstanding, DBS Group Research economist Radhika Rao said, latent pressure points remained, as inflationary expectations have firmed up further as per the latest survey by the central bank.

“While off the highs, inflation has stubbornly remained north of the 4% midpoint target since late 2019, driven by a mix of sticky drivers during and after COVID-19 spells. As the States ease restrictions, there is likely to be a shift away from goods to services-led inflation, with firmer demand to also encourage producers to increasingly pass on higher input prices,” she stated.

The government and the Reserve Bank of India have labelled the recent inflation spurt as ‘transitory’, although the latter has raised its forecast for 2021-22 to 5.7% from 5.1%.

ICRA chief economist Aditi Nayar said it was increasingly difficult to characterise inflationary pressures as transitory in nature, as inflation was expected to remain sticky in the 5%-6% range over the next three quarters. “A small disruption could push inflation back above the 6% threshold, which implies that some uneasiness will continue about how soon the Monetary Policy Committee may embark on policy normalisation,” she noted.

The index of industrial production (IIP) remained subdued relative to the April 2021 level, highlighting that the recovery was far from complete. The production of consumer non-durables contracted by 4.5% in June, while capital goods and consumer durables continued to clock the worst performance relative to pre-pandemic levels, reflecting COVID-19’s impact on investment plans and demand for big-ticket items, she stated.

The NSO said interpreting the IIP numbers for June must take note of last year’s ‘unusual circumstances’ — industrial output had contracted 16.6% in June 2020 after the national lockdown.

What Crypto Can Expect From Twitter’s New CEO