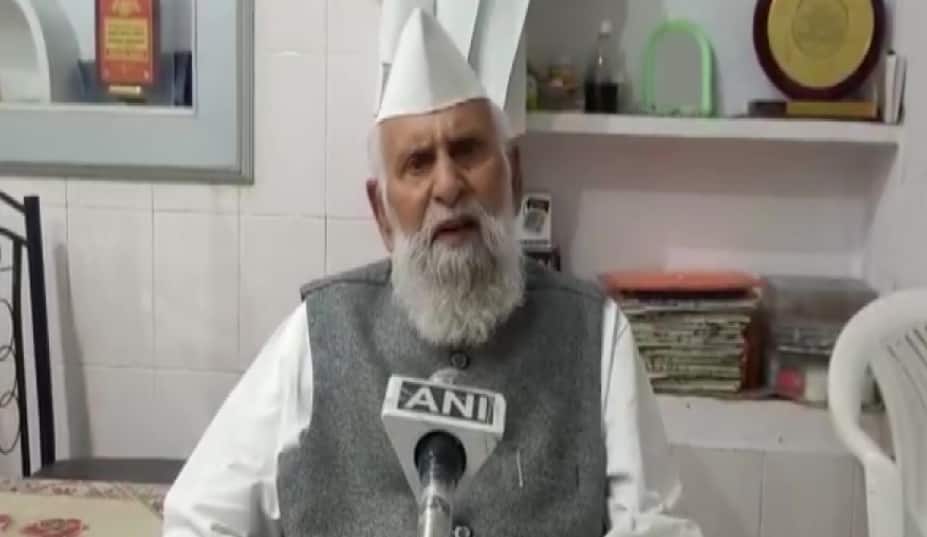 New Delhi: A sedition case has been filed against Samajwadi Party’s Sambhal MP Shafiqur Rahman Barq who allegedly compared Taliban to India’s freedom fighters. The FIR was filed the MP under section 124A (sedition), 153A, 295 of IPC.

“A case was registered late last night against Shafiqur Rahman Barq and two others for provocative comments about the Taliban. The complainant said the Taliban was compared to Indian freedom fighters and their victory was celebrated,” Charkhesh Mishra, the Superintendent of Police in Chambhal district, said in a video statement released today.

The Sambhal SP told ANI, “It was complained that MP Shafiqur Rahman Barq compared Taliban to India’s freedom fighters. Such statements qualify as sedition. So FIR registered against him u/s 124A (sedition), 153A, 295 IPC. Two others said similar things in an FB video, they’ve also been booked.”

“The Taliban is a terrorist organisation as per the Indian government and this (the alleged remarks) can be counted as sedition. We have filed a FIR (first information report),” he added.

Earlier on Monday, the Samajwadi Party’s Shafiqur Barq told reporters that the Taliban “want Afghanistan to be free” and “want to run their own country”. He was further quoted as saying, “When India was under British rule, our country fought for freedom. Now Taliban wants to free their country and run it.”

“Taliban is a force that did not allow even strong countries like Russia and America to settle in their country,” the Samajwadi Party MP from Sambhal added.

Shafiqur Rahman Barq, however, denied giving such statement. He told ANI, “I didn’t make any such statement (comparing Taliban with Indian freedom fighters). My statement has been misinterpreted. I’m a citizen of India, not of Afghanistan, so I’ve no business with what is happening there. I support my govt’s policies.”

The alleged statement was met with fierce criticism from Deputy Chief Minister Keshav Prasad Maurya, who compared it to Pakistan PM Imran Khan’s comment after the fall of Kabul.

Notably, the Taliban took over Afghanistan on Sunday and walked into Kabul with no opposition.