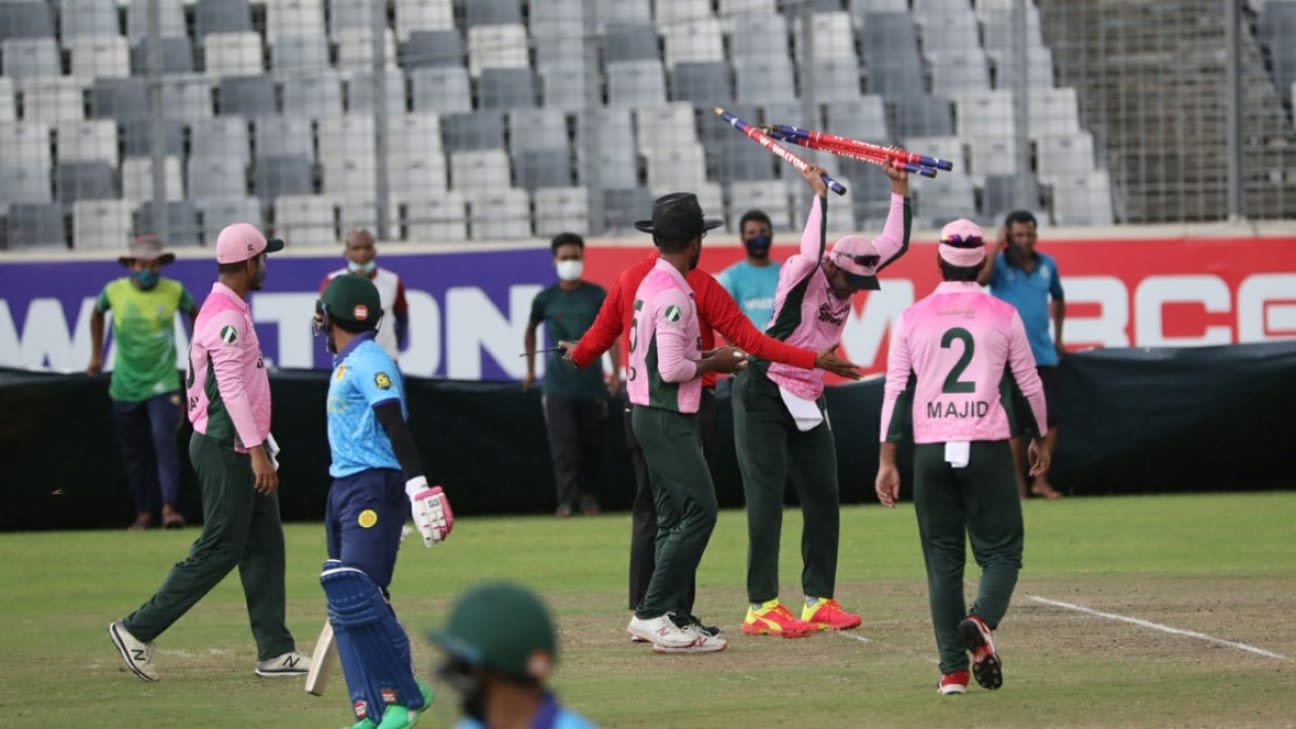 The BCB has suspended Shakib Al Hasan for three matches and fined him Taka 5 lakh (USD 5800 approx.), having found him guilty on two counts of misconduct during June 11’s Dhaka Premier League T20 match between Abahani Limited and Mohammedan Sporting Club. Both were level 3 offences under the BCB’s code of conduct, related to conduct contrary to the spirit of the game and bringing the game into disrepute.* Shakib accepted the sanctions.
In dramatic scenes at yesterday’s match, Mohammedan captain Shakib had kicked the stumps after umpire Imran Parvez turned down his lbw appeal against Mushfiqur Rahim, and, an over later, ripped up all three stumps and threw them to the ground after umpire Mahfuzur Rahman called for the covers as it started to rain. It remains unclear what prompted the latter incident, as Shakib’s team was well ahead of the equation as per the DLS method at that point.

An argument with the umpires and groundstaff followed, and Shakib also reportedly said something towards the Abahani dugout, leading their coach Khaled Mahmud to charge towards the Mohammedan camp. A war of words ensued and both men had to be dragged away.

A BCB statement said his first offence concerned conduct that is contrary to the spirit of the game “after showing aggressive behaviour towards the umpire on the last ball of the fifth over of the Abahani innings”, and the second brought the game into disrepute “through use of offensive language and reckless conduct with the umpires after the fifth ball of the sixth over of the innings”.

After Mohammedan won the game by 31 runs (DLS method), though, Shakib looked to have resumed cordial relations with the umpires, and later apologised for his actions in a Facebook post.

Kazi Inam Ahmed, the chairman of the Cricket Committee of Dhaka Metropolis (CCDM) – the BCB sub-committee that oversees all Dhaka leagues – said of the penalty meted out: “The match referee’s report said that he committed two offences. He kicked the stumps and threw down the stumps. For this, Shakib Al Hasan has been sanctioned for three matches and fined Taka 5 lakh.”

Committee formed to probe potential sources of frustration at DPL

Speaking from BCB president Nazmul Hassan’s house, Ahmed also said that at the instructions of the BCB president a five-member committee had been formed to probe any other issues that the 12 DPL clubs may feel need discussing.

“The board president is very much concerned about this [outburst], and wanted to know the root cause: why did it happen? He has asked us to do an investigation before the board meeting this week.

“A committee has been formed including myself, [BCB directors] Jalal Yunus, Naimur Rahman, Sheikh Sohel and Raqibul Hasan, the chief match referee [and BCB CEO BCB CEO Nizamuddin Chowdhury]. We will hear from all the managers and captains of all the clubs, about any objection, incident or [contentious] decision during this Dhaka Premier League.”

*The official reasons for Shakib’s sanctions were changed in this article after the BCB’s statement came out. 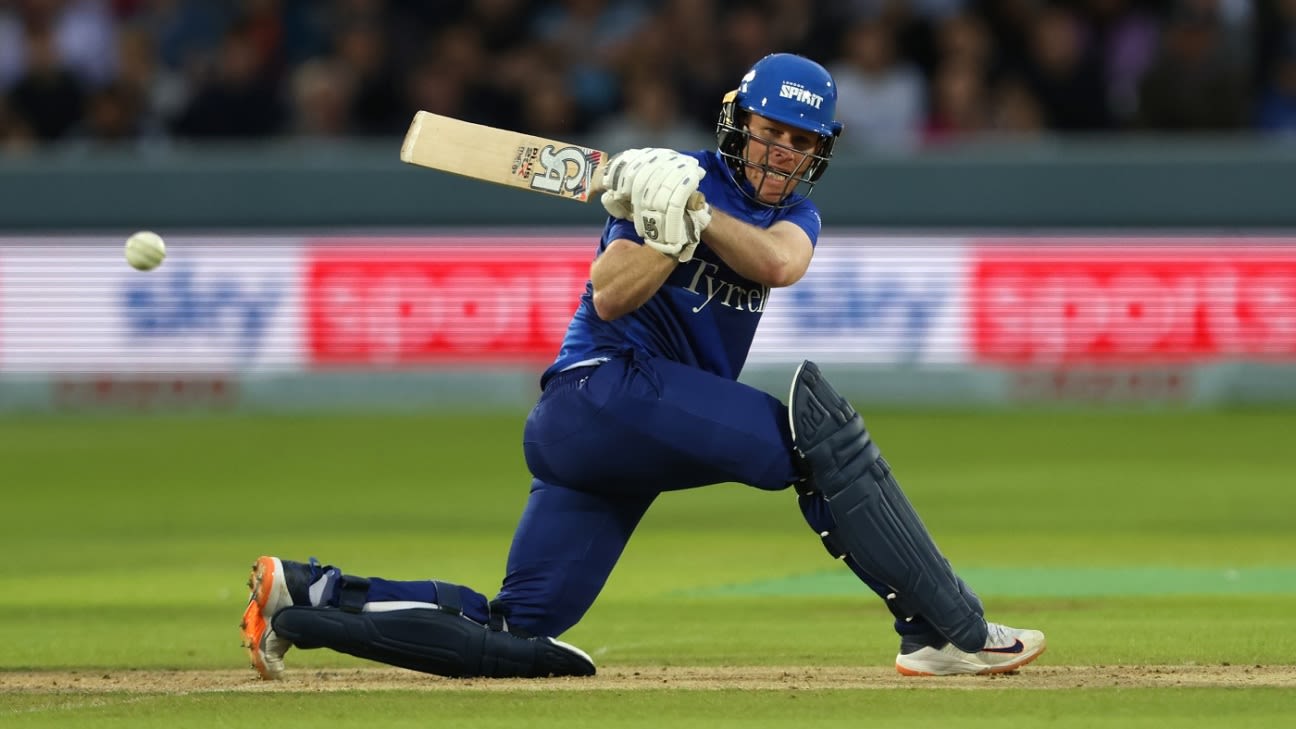 There’s been a trend in Indian cricket for a while now. Whenever the team doesn’t ...