It was an event of big emotion at Chanakya PVR in Delhi last night where ‘Shershaah’ (produced by Karan Johar and Shabbir Boxwalla) was screened. Three screens in the plex were booked- one for Captain Vikram Batra‘s family clan, the other for Army personnel and the third for Sidharth Malhotra and his friends-n-relatives.

Here are some pictures from the premiere screening: 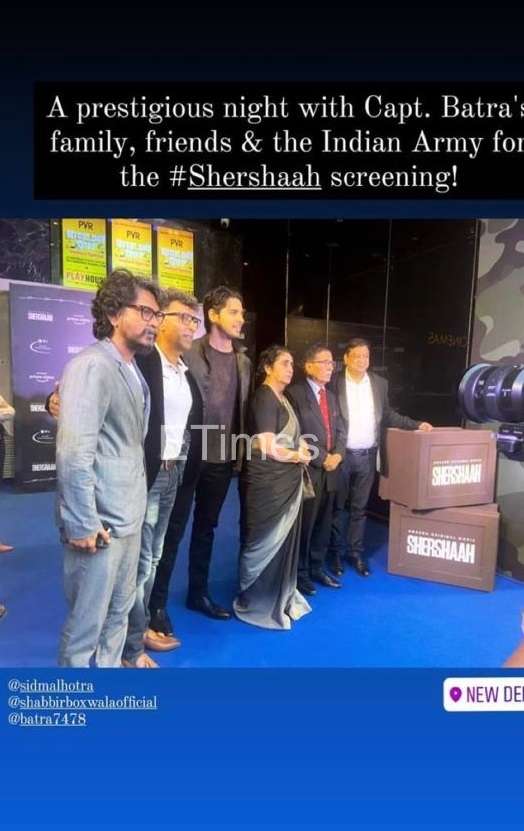 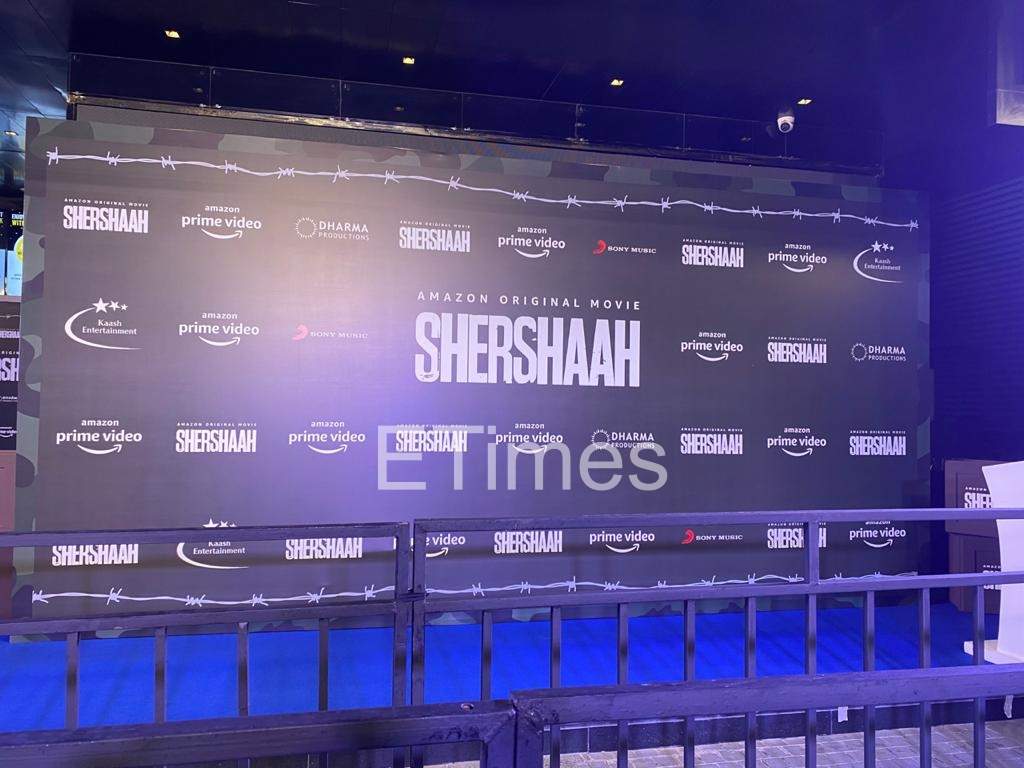 The Army officials loved the film. Boxwalla, Kiara Advani and Sidharth were elated. “A few Army officials told me that we have recreated the Kargil war in the film very closely to what had actually transpired in 1999.”

Captain Vikram Batra’s brother Vishal Batra was present at the screening. Vishal Batra had given an exclusive and exhaustive interview to ETimes talking about his brother and the film. For those who’ve come in late, click on the video below to see it.

Sidharth went to his Delhi home and uncorked champagne. Boxwalla said, “Sidharth is in a very happy space right now.”

Kiara Advani is one of the most sought after not just by films directors, but ...