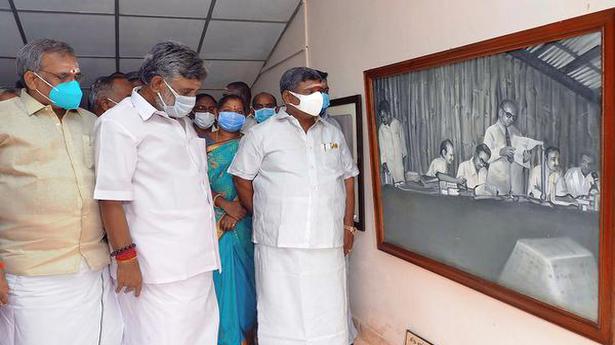 Keezhur, a small village on the Puducherry-Tamil Nadu border off Villianur, has an outsized role in the history of the freedom movement of erstwhile Pondicherry.

An exhibition of panels featuring various events that eventually led to the transition of power from France to India was hosted at Keezhur on the occasion of De Jure Day celebrations on Monday as the Union Territory commemorated the struggles and sacrifices of its freedom fighters.

In October 1954, Keezhur produced the definitive referendum in favour of the merger of French establishments with India. This formed the basis for a bilateral Treaty of Cession three days later ceding full sovereignty of the territories of Pondicherry, Mahe, Yanam and Karaikal from France to India.

Though the treaty took effect on November 1, 1954, marking de facto transfer of power, it was not until August 16, 1962, that erstwhile Pondicherry was officially merged with the Indian Union. The panels showcase not only the significant events but also the heroes of the freedom movement from Keval Singh, first Governor and accomplished diplomat, and Edouard Goubert to P. Muthucoumarappa Reddiyar and Venkatasubba Reddiyar. Many of these stalwarts have statues, roundabouts and streets named in their honour.