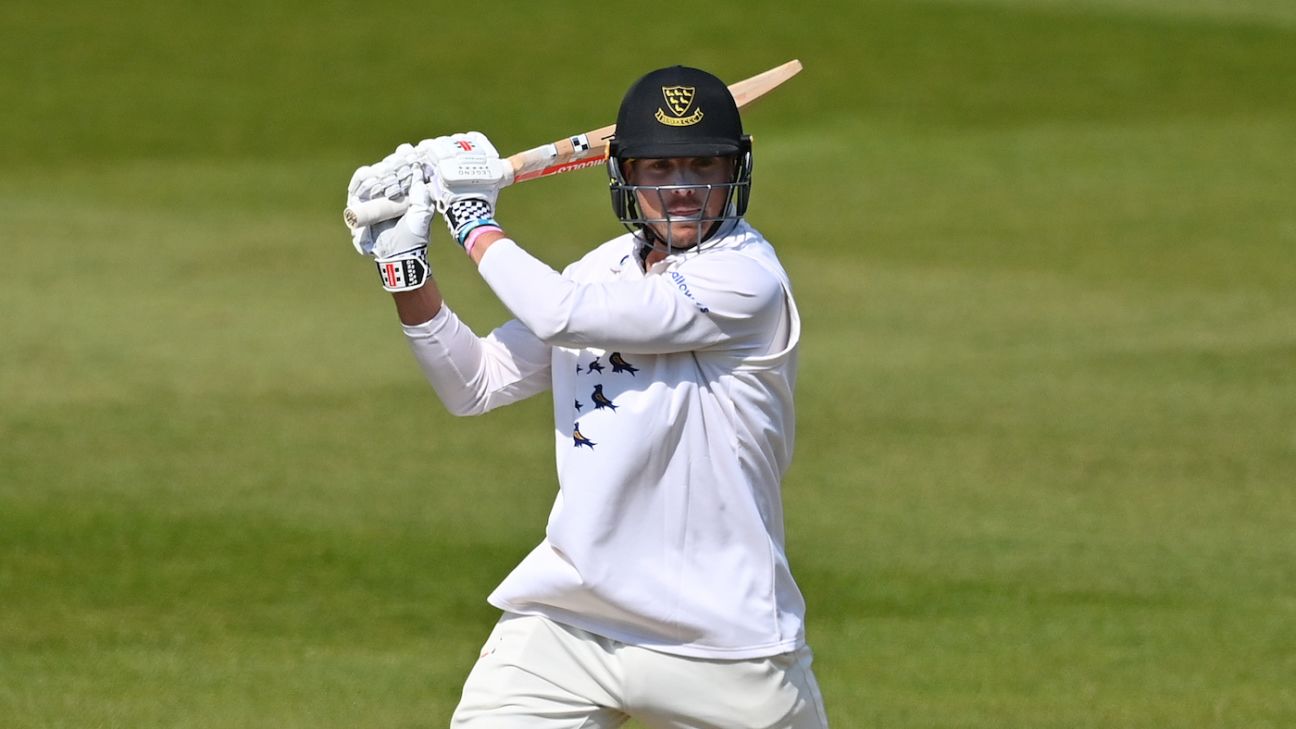 Stiaan van Zyl, the South African top-order batter who won 12 Test caps between 2014 and 2016, has left Sussex after spending four seasons with the club.

He was left out of the side throughout the Royal London Cup with Sussex focusing on bringing through academy graduates, and has returned home after being told he was not guaranteed a spot in September’s Championship fixtures. He has been named in Boland’s squad for the upcoming domestic season in South Africa.

“I’m extremely proud and grateful for the opportunity given to me to represent Sussex,” van Zyl said. “I made some great friends and memories over the years. Unfortunately, my time at Sussex didn’t end as I would’ve liked competing for a trophy, but I wish the club all the best for the rest of the season and the future.”

Keith Greenfield, Sussex’s performance director, said, “Stiaan has not had the season he and we had hoped for, and the Covid-19 pandemic and his knee injury has made the last couple of years very tricky.

“Despite that, he has always given his best and is a top man who has been great to have around over the last five years. We wish him well for his future back in South Africa.”

After losing his spot in the Test side, van Zyl had signed a three-year Kolpak deal with Sussex ahead of the 2017 season, effectively ending his international career. He was a prolific run-scorer in his first year, compiling 1023 at 48.71 across 13 matches, and also chipped in with useful wickets bowling medium pace.

He had a lean 2018 summer, which was curtailed by a serious knee injury, but returned to form the following season as he finished as Sussex’s leading County Championship run-scorer. He missed the whole of the 2020 season because of the Covid-19 pandemic, which severely limited travel options for South African players in county cricket, and has averaged just 24.82 in the Championship this summer.

Matt Roller is an assistant editor at ESPNcricinfo. @mroller98