The training will be held in three sessions between 10 a.m. and 2 p.m. everyday by experts deputed by the academy, he said.

After a gap of over five years, the city police resumed training to speak Tulu on Thursday. As many as 50 police constables will undergo the one-month training by the Karnataka Tulu Sahitya Academy.

A majority of personnel working in the Mangaluru Police Commissionerate are from North Karnataka and other regions of Karnataka. It was in 2016 that then Police Commissioner M. Chandra Sekhar began training personnel to speak in Tulu and then in Beary, two popularly spoken dialects in the region. Experts from University College conducted the training.

The present Police Commissioner N. Shashi Kumar who resumed the Tulu training said: “The personnel who are undergoing training joined Mangaluru Commissionerate in 2017, 2018 and 2019.” The training will be held in three sessions between 10 a.m. and 2 p.m. everyday by experts deputed by the academy, he said. It will be held in phases to cover all the personnel, he added.

Of the 50 personnel in training, eight are from Vijayapura district; seven from Haveri district; six from Belagavi district; four each from Chikkamagaluru, Bagalkot and Ballari districts, three from Davangere; two each from Kalaburagi, Koppala, Shivamogga, Hassan and Mysuru; and one each from Yadgir, Uttara Kannada, Kodagu and Gadag districts.

In his inaugural address, Mr. Kumar said it is good for personnel to learn a new language. “You might serve for a few years in this region and move out. Knowing a new language in this period is good skill, which will be beneficial to personnel,” he said. Tulu is widely spoken in Dakshina Kannada and speaking in Tulu will help police to develop good rapport with people. Speaking in the native language comes handy in maintaining law and order, Mr. Kumar said, using the example of IPS officers from North India who undergo training to speak in Kannada. 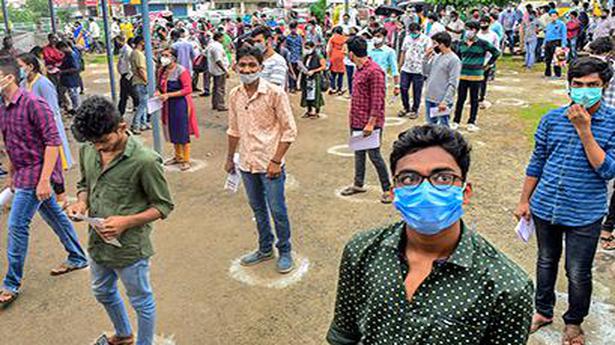