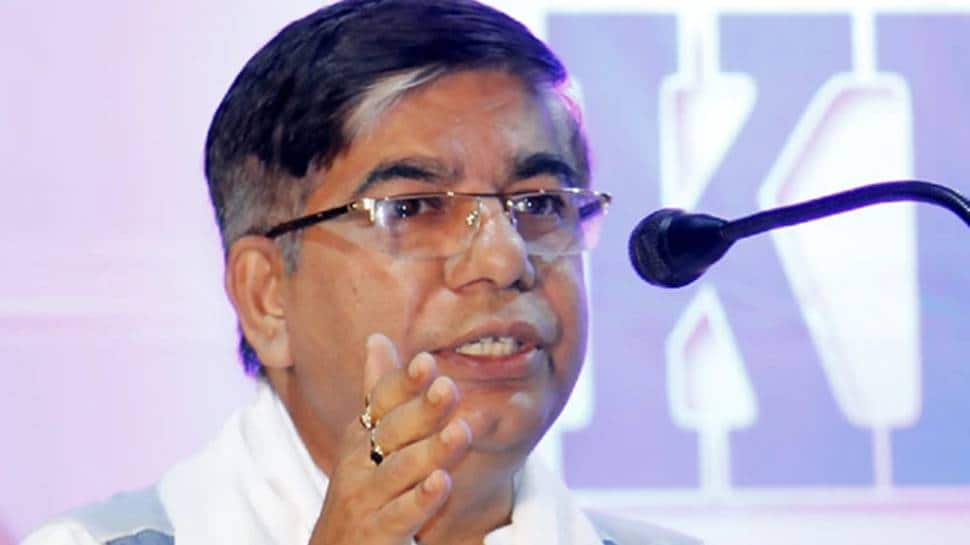 Santiniketan/Kolkata: Union Minister Subhas Sarkar courted a controversy on Wednesday with his remarks that Nobel laureate Rabindranath Tagore’s mother did not cradle him in her arms when he was a child because of his “not so fair complexion”, provoking angry reactions from West Bengal’s ruling TMC, which said it was an “insult” to a state icon.

The BJP, however, defended the minister, saying his remarks were against “racism”.

The Minister of State for Education made the comments during a visit to Visva Bharati, the university founded by Tagore.

The doctor-turned-BJP MP said before a small audience that while other members of the Tagore family had “bright yellowish fair” complexion, Tagore was fair but had a reddish hue to his skin.

“There are two types of fair skinned people. One that are very fair with a yellowish hue and those who are fair but with a reddish tinge. Kabiguru belonged to the second category,” he said.

Sarkar went on to say that “due to his not so fair complexion, his mother and many others in the family did not cradle Rabindranath in their arms or sat him in their laps.”

Sarkar’s comments triggered a controversy, with educationists and politicians denouncing him.

Former Rabindra Bharati University Vice-Chancellor Pabitra Sarkar said, “No idea on what basis the Hon’ble minister made such comments. Don’t know if he has read biographies of Tagore thoroughly or whether he understood the spirit of these writings properly.”

“Tagore was not of dark complexion though people like his elder sister had described him as Rabi, our dark-complexioned boy. This was an exaggeration. Did the minister mean to say Rabindranath was as dark as Africans? Or he meant he had a complexion that was somewhat between fair and dark?”

He said the remarks were “unexpected from an education minister” and only indicated the “insanity we see all around and the sad state of affairs in the country”.

In his speech at the varsity, the union minister talked about the world vision of Tagore which prompted him to found Visva Bharati and his multifaceted personality. He likened his visit to Visva Bharati to a pilgrimage and promised to transform it into one of the top universities in the world.

The TMC reacted angrily, accusing him of insulting the icons of Bengal.

“Subhas Sarkar is not aware of history. By all accounts, it is well known that Rabindranath Tagore was fair skinned. This is a racist comment (by the minister) and an insult to the icons of Bengal. Subhas Sarkar should not be allowed to enter Viswa-Bharati ever again,” senior TMC leader Abhishek Banerjee said.

Echoing him, CPI(M) central committee member Sujan Chakraborty said such comments only reflect the “racist and anti-Bengali mindset of the BJP”.

However, the West Bengal BJP leadership stood by the union minister and said his comments were, in fact, against racism.

“Subhas Sarkar has neither said anything against Rabindranath Tagore nor his family. He has spoken against discrimination on the basis of the colour of skin. His comments were not at all intended to insult anyone. The TMC should stop politicising just everything,” state BJP spokesperson Shamik Bhattacharya said.

Echoing him, senior BJP leader and former Tripura governor Tathagatha Roy said Sarkar’s comments had been blown out of proportion.

“His comments are being blown out of proportion. If you go through matrimonial advertisements, you will find Bengali families always seek a fair-complexioned groom or bride. His comments are just a reflection of the society and against such discrimination,” Roy said.

Repeated calls to Subhas Sarkar for his comments on the controversy went unanswered.